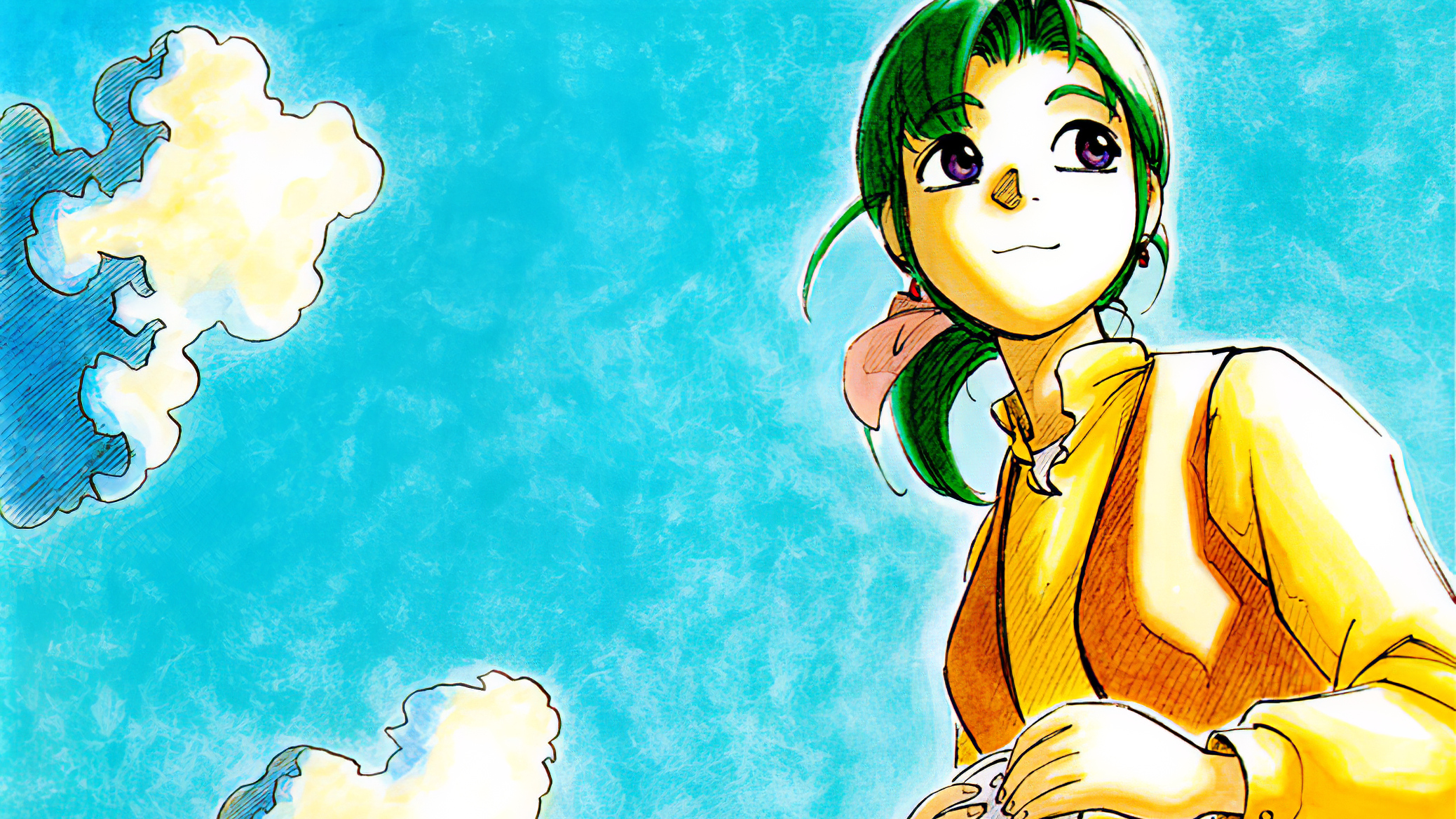 Ashinano wrote the series, published in Kodansha’s Monthly Afternoon, from 1994 through 2006. The series depicts a serene post-apocalyptic Japan as seen through the eyes of the android barista Alpha. The series, a seminal work of iyashikei manga, won Ashinano Japan’s prestigious Seiun science fiction award for Best Manga in 2007.

Also known unofficially in English as Yokohama Shopping Log or Quiet Country Cafe (the ‘00s were nothing if not inconsistent in localization efforts), the critically-acclaimed series is a cult classic among fans of manga and late ‘90s anime. While never officially localized, two subtitled two-episode OVAs released in 1998, and 2002-2003, brought the series to the attention of English fans, where it is regarded as a cult classic.

The latter OVA was subtitled Quiet Country Cafe, giving the series one of its eponyms. Seven Seas appears to have kept the Japanese-language title, probably due to the decades-long popularity under its original name. That popularity is evident on MyAnimeList, where even without a proper localization, the series rests at #43 on the Top Manga charts.

The 14 volumes of Ashinano’s Yokohama Kaidashi Kikou will be collected into five oversized omnibus editions, each $24.99, released digitally and in print this August.