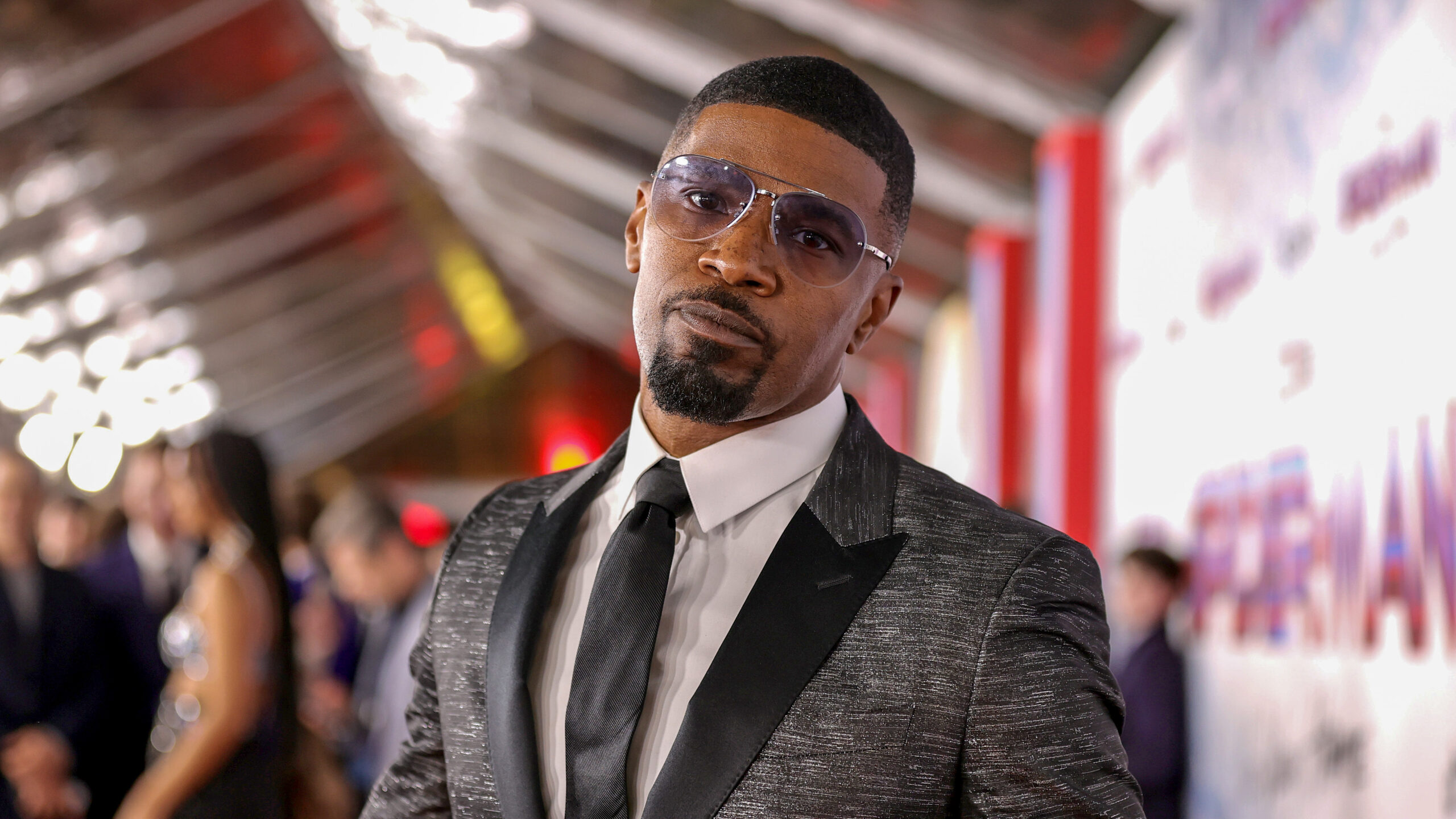 It’s fairly common for celebrities to adopt children, sometimes from places very far away. For example, when Brad Pitt and Angelina Jolie were still Brangelina, they adopted a whole brood.

Other celebrities, like Sandra Bullock, Sheryl Crow, Tom Cruise and Jamie Lee Curtis have all adopted children. It works the other way too; there are a number of celebrities who were adopted before they became stars. Here are some of notable ones.

Key is a famous comedic actor who’s appeared in countless movies, shows and commercials, but he really shot to fame rhanks to his Comedy Central show with Jordan Peele, Key and Peele.

He was adopted when he was born by the social workers Michael Key and Patricia Walsh. Even though his parents divorced when he was young, he stayed close with both of them. He recently said he has “a lot of parents.” His birth parents and his adopted parents were both biracial.

“For the first year of knowing her, my (birth) mom… visited me in Detroit and kind of gave me a tour of my life – where I was conceived, where I was born, where she found out she was pregnant. It was amazing… and very emotional. It’s a long, very personal story, but, you know, it’s been a really wonderful, revelatory story.”

He’s one of the greatest actors of all time, so it makes sense that he has a very dramatic origin story. Nicholson actually grew up thinking that his mother was his sister and that his grandmother Ethel May was his mother.

His mother June got pregnant as a teen by a man named Don, who actually had a wife at the time. She was 18 when he was born, and had hopes of becoming famous, so she kept the whole thing very hush hush.

He eventually followed his “sister” to Hollywood where he was discovered by a producer. He didn’t find out the truth until around 1974, when he was in his late 30s and a reporter uncovered some personal information.

That’s right, one of the most beloved sports figures of all time was adopted. Ruth passed away in 1948 and records about his childhood aren’t neccesarily airtight, but we do know that he was the youngest child of eight.

His parents put him in St. Mary’s Industrial School for Boys and eventually signed over custody of Ruth, who was categorized as an incorrigible child. He wasn’t allowed visits, but he would sometimes find ways to go and visit his parents.

It was the parishioners at St. Mary’s who noticed the boy’s obvious talent for baseball, and eventually baseball scout Jack Dunn became his legal guardian to circumvent a custody order so Ruth could play baseball.

Legendary persona Ice T, real name Tracy Morrow, might be more known for commercials and his role on Law and Order: Special Victims Unit than for spitting bars, but that doesn’t change the fact that he had humble beginnings.

When Morrow was young, his parents were killed in a tragic auto accident. He was sent to live with relatives, but they weren’t in a position to provide adequate care for the youngster.

That meant that Morrow found himself in foster care in the rough neighborhood of South Central Los Angeles. He found himself in gangs and embroiled in violence, but luckily nothing tragic happened and he’s now incredibly wealthy from his artistic pursuits.

Debbie Harry is best known as the singer of 1980s new wave punk pop group Blondie, but she had a tough childhood as well. She was given up by her mom when she was only a few months old. She found out she was adopted when she was four years old.

She said she used to fantasize about Marilyn Monroe being her real mother but that was more of a “philosophical thing.”

“I probably used the wrong language in the past. I saw her as the mother of invention or something like that. She had a profound effect on a lot of people,” the singer said.

Her difficult past helped propel her forward, she said, and she used to go to New Jersey and Greenwich Village as a teen to explore the “darker side of life.”

Oscar-winning actor Jamie Foxx had an interesting childhood. He was adopted when he was seven months old by the same people who took care of his mother when she was young.

Estelle and Mark Talley took in Foxx and raised him like he was their own, but he didn’t know the truth about the situation until he was about five. Until then, he just assumed he had four parents and that was that.

He called Estelle Talley by the nickname Granny. She supported the young man’s dreams and aspirations even when he was in elementary school. Case in point: Foxx would get in trouble for acting out in class, but Granny cut a deal with his teachers where he could tell jokes for 10 minutes on Fridays if he behaved the rest of the week. It worked like a dream, and the rest is history.

Steve Jobs is one one of the most famous people ever, and will be remembered probably the same way we remember people like Henry Ford and Benjamin Franklin.

Jobs’ biological parents gave him up for adoption when he was an infant and he was subsequently adopted by Clara and Paul Jobs. His father was a machinist and a veteran of the Coast Guard, and his mom was an accountant.

Nicole Richie is the adopted daughter of singing superstar Lionel Richie. Her biological father is the brother of musician Sheila E., Peter Michael Escovedo. Lionel Richie said she could move in with him because her parents couldn’t provide for her.

Lionel Richie talked about how it unfolded during an interview with Piers Morgan:

“I said, ‘While you are having the difficulty the kid is sitting out here in limbo so I’ll tell you what I’ll do, just put the kid in my house until the tour is over with and then we will sort this out later.’ And so it took about maybe a year for me to just fall in love and she was a little button, and of course by that time I was Dad and so I said, ‘OK here is what we are going to do, you’re going to make everyone wish that they had adopted you. You are going to make everyone in your family wish they actually had a chance to get you back,’ and that’s when I said, ‘Let’s adopt her.'”

The 42nd President of the United States was actually not the first president to be adopted. That distinction goes to the 38th man to hold that office, Gerald Ford. In addition, there are rumors that Abraham Lincoln was also adopted, but unfortunately there’s no hard proof.

Clinton was born in Hope, Arkansas in 1946, and a few months before his mother Virginia Cassidy Blythe gave birth, his biological father died in a car accident. His mother remarried in 1950 to Roger Clinton, and that’s who adopted him.

Faith Hill is one of the most successful music artists of all time, regardless of genre. She’s sold over 40 million records around the globe and has five Grammy awards. She also had a difficult childhood.

She was born in Mississippi and adopted as an infant. Her adopted parents told her that her mom had an affair with a married man and that’s why she gave Hill up. That ultimately proved untrue, but Hill did share that she always felt like she was a “gypsy at heart.”

When she found out her mother was a painter, she said it “helped her understand why she had felt like a misfit.” She also found out that while her mother gave Hill up for adoption, she would later marry Hill’s biological father and have another child.

The prototypical blonde bombshell and actress Marilyn Monroe was one of the most famous women on the planet in the 1950s and early 1960s. Her uncommon beauty means that she remains a household name even now some 60 years after her death in 1962 at the age of 36.

Monroe’s mother had a history of mental illness and she never knew the identity of her father. She had a troubled childhood bouncing around foster care and orphanages. Several families wanted to adopt her, but her mother never signed the necessary papers.

She eventually moved in with a family friend, and later, a relative. She eventually got married at 16 to a 21-year-old neighbor. She met photographer David Conover while working at a munitions factory during World War II, eventually quitting to pursue modeling work, and the rest is history.