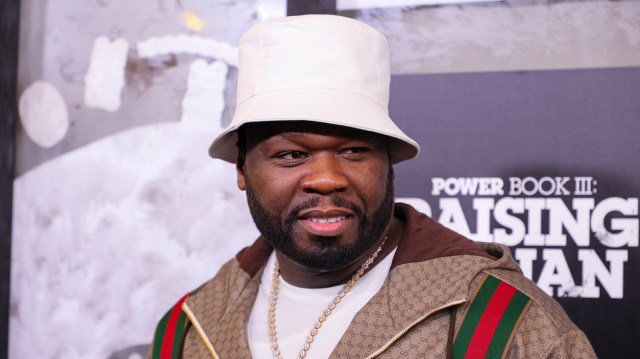 The ongoing mini-feud continues between rap star 50 Cent and his 25-year-old son, Marquise. This time, it’s thanks to a social media video made and posted by 50 Cent.

The feud has its roots from Marquise’s 2017 single Different, at least the public portion of the feud does. In it, he rapped the simple lines, “Lost my pops / he’s still alive.”

Marquise made it clear in interviews that he looked up to his father as a kid but realized many things later on that changed his view of his dad. He also stated a few years ago that he doesn’t recall the last time he had a conversation with his famous father.

50 Cent, whose real name is Curtis Jackson, stated back then, and again recently, that Marquise’s mother, Shaniqua Tompkins, influenced Marquise’s present view of him. Jackson and Tompkins split up in 2008.

Fast forward to this past week and the feud has resurfaced in view of the public eye.

Marquise Jackson, who puzzlingly did not adopt the rap name 25 Cent, recently stated that the $6,700 in monthly child support he received from his father for 10 years, which started when he was 11, was not enough to live on. His father responded by pointing out that it’s more than enough and said Marquise’s mother is the problem. After she and Jackson split, she sued him for $50 million because he had said he would look after her forever. The case was dismissed.

Earlier this week, Marquise wrote on his Instagram page, “Since y’al think $6,700 is sooo much money someone tell my pops I will pay him $6,700 for just 24hrs of his time so we can do everything I ever wanted to do with him as a kid.”

Today, 50 Cent responded with a video he posted on TikTok and Instagram that shows him lounging in his bathtub watching television when breaking news appears showing his son saying, “I had to rebuild my life over with $6,700 a month.”

50 responds to the breaking news by turning the TV off and saying this about his son, “This ni**a’s crazy. 25 years old. Why you still talking about child support?”

It seems perfectly clear that Curtis Jackson has no desire whatsoever to spend “quality” time with his grown son. Such actions, or lack thereof, will likely create sympathy for Marquise since, despite his monetary claims, he asked to just see his father and spend time with him.

Since money is not the issue with Curtis Jackson, maybe Marquise should’ve just offered him 50 cents.