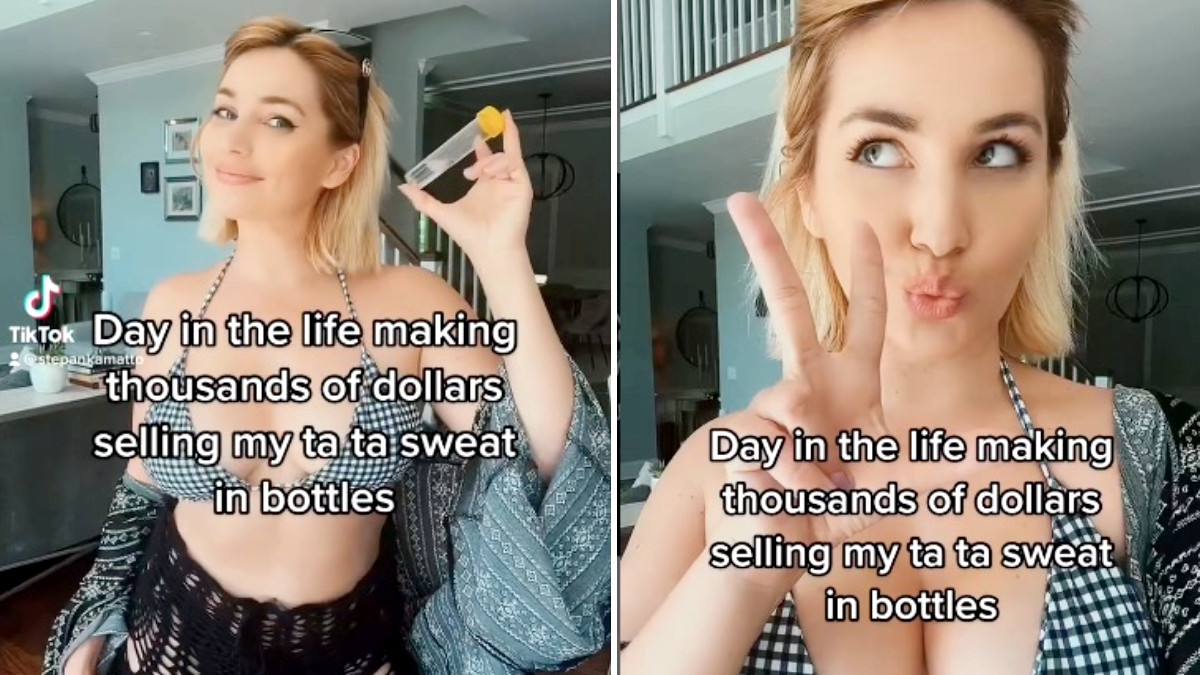 Reality star and adult entertainment entrepreneur Stephanie Matto, who appeared on season 4 of TLC’s 90 Day Fiancé in 2016 alongside ex-girlfriend Erika Owens, made headlines earlier this year over starting an evidently lucrative “Fart in a Jar” business.

Unfortunately, it wasn’t a plan for long-term success, as her hustle was sidelined by a nasty case of gas — which led Matto to believe she was actually experiencing a heart attack. However, Matto, who also runs the NSFW creator platform Unfiltrd, has proven that she has more tricks up her sleeves, or “glands,” in this case, as she recently unveiled her new business venture selling vials of her actual boob sweat.

“Boob sweat is here. After much much much much request from fans,” Matto wrote on Instagram last week, launching her new product line. “I have been spending a lot of time sweating by my new in-ground pool, and I decided what better way to make some extra cash this summer than to bottle and sell my boob sweat on my [Unfiltrd] page!”

She then invited fans to check out the links in her bio, where she’s also selling “lingerie, bras, and other fun things.”

“It ain’t easy work, but no one said it would be!” she added in a follow-up post about “a day in the life making thousands of dollars selling [her] ta-ta sweat” in bottles. “Never thought I’d have this much in common with a maple tree!”

Over the weekend, however, Matto revealed that her boob sweat gig likewise suffered a minor setback after a bear wandered onto her property, inviting fans to check out her stories for more details.

“I was in my backyard by my pool fulfilling orders for my boob sweat jars when a BEAR SHOWED UP!” Matto explained. “So crazy! I guess since I won’t be doing my orders go check out my other content.”

Matto told News.com.au that she spends approximately four hours sitting by her pool every day to harvest her boob sweat and can fill up to 10 bottles in just one day, which she then sells for $700 apiece for a total of $7,000 in profits per day. And because she sells the bottles on her own website, there’s no third party that gets a cut.

“I love sitting by the pool — but it’s also hard work, don’t be fooled,” Matto explained. “I like to call myself the human maple tree, and the boob sweat my sap. I sit there and collect my sap the same way a maple tree does.”