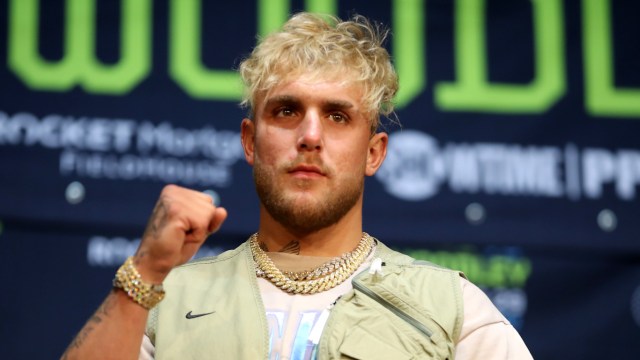 In what some consider a surprising career move, Logan Paul signed a WWE contract earlier this year. The YouTuber turned wrestler has made an impressive showing so far, most recently in a bout against Roman Reigns at Crown Jewel. When two members of Reigns’ stable The Bloodline started causing trouble for Logan, his brother Jake Paul stepped in the ring to help him out, leading us to question if Jake will be making his own WWE debut soon.

Jake has also made a transition from YouTube to professional sports and debuted as a UFC boxer in Jan 2020. He originally stepped into the ring as an amateur to fight a fellow YouTuber and made the transition into professional boxing afterward. Jake has found success as a boxer and is so far undefeated against UFC greats like Anderson Silva and Tyron Woodley.

Logan’s move to the WWE has been just as impressive; his undeniable athleticism and uncanny ability to put on a show have helped turn skeptics into fans. With just a few fights under his belt, his latest with notable heel Roman Reigns is making fans and industry professionals take note.

Reigns did beat Logan, but it was much closer than expected and fans are looking forward to seeing more Logan in the sport. After Jake stepped in the ring to throw some punches in this match, people are wondering if he’ll follow his older brother’s footsteps and head toward the WWE. Reign notoriously leads Bloodline, a stable that includes his cousins Jey and Jerry Uso, and Solo Sikoa. Will Jake join Logan and form a Bloodline of their own?

In a recent interview with Fox Sports, Logan gave his opinion on his brother joining him in the WWE. He told reporter Ryan Satin, “Truthfully, I think it’s inevitable. I’m biased, but I think what we’re doing is incredibly exciting, at least for me, personally, it is incredibly exciting … If I were watching two brothers take over, and I use that word intentionally, take over two highly entertaining sports, boxing and wrestling in a way that has never been done before, my curiosity would be piqued.” He goes on to say that he needs his own family stable just as Reign leads Bloodline.

For what it’s worth, Jake appears to be favorably considering a WWE career; in a recent interview after the Crown Jewel match, he told SecondsOut, “Everyone here, everyone in WWE was super nice, super helpful. So it just seems like an amazing company to be a part of.” When asked directly if he wanted to follow Logan’s footsteps and become a pro wrestler, he said, “For sure. Why not? You know, that was so much fun, and I know we could take it a long way.” He elaborated how far they could take wrestling, saying, “At the end of the day, if we do this for a little bit longer, the Paul Brothers will be WWE Champions.” There’s no official news of Jake signing a WWE contract, but it sounds like there may be one in his future.