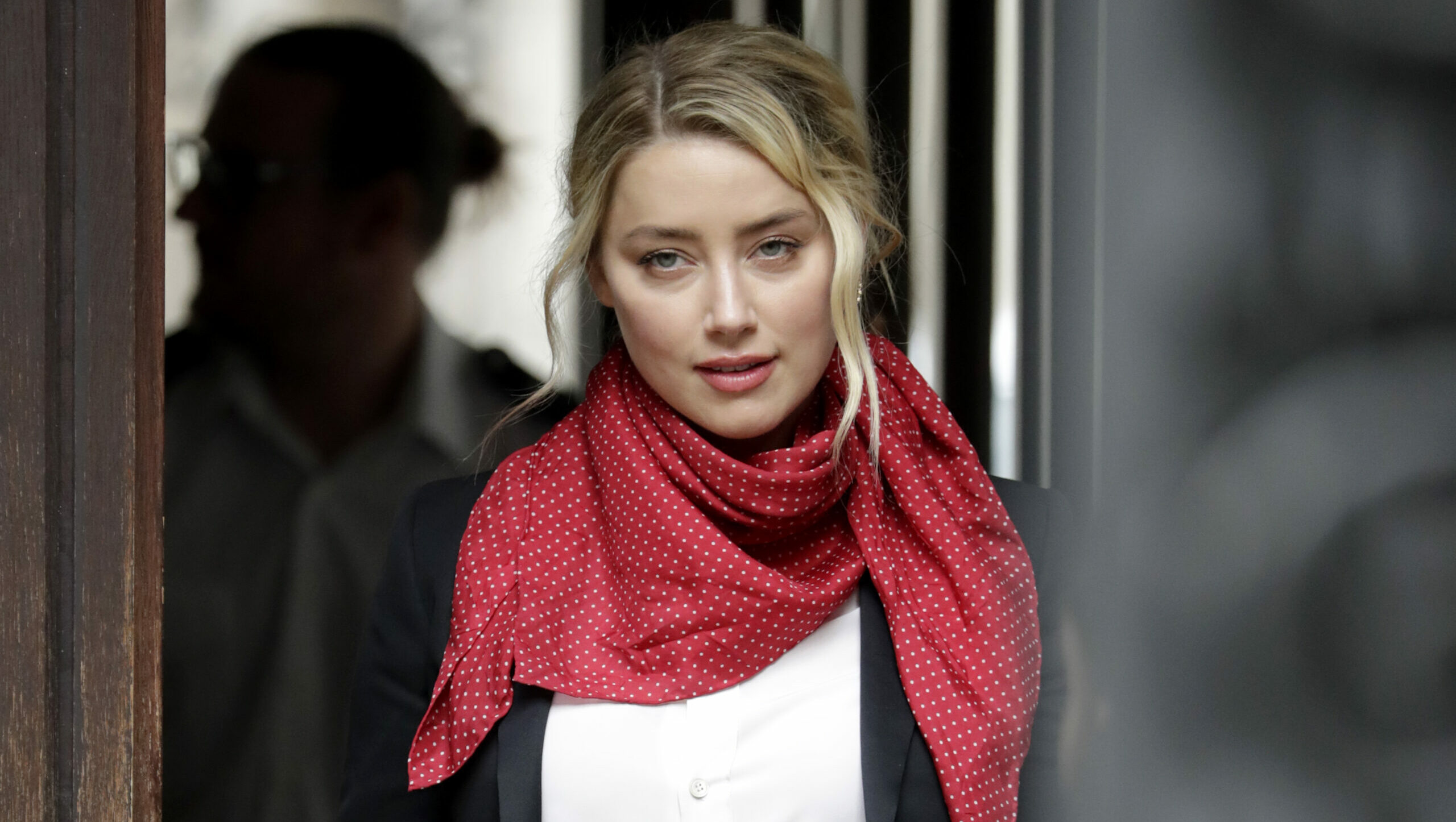 LONDON, ENGLAND - JULY 24: Amber Heard arrives at the Royal Courts of Justice, the Strand on July 24, 2020 in London, England. Hollywood actor Johnny Depp is suing News Group Newspapers (NGN) and the Sun's executive editor, Dan Wootton, over an article published in 2018 that referred to him as a "wife beater" during his marriage to actor Amber Heard. (Photo by John Phillips/Getty Images)

Court is back in session in the defamation trial between Johnny Depp and Amber Heard, with Heard taking the stand in proceedings this week.

A topic of conversation that has been heavily discussed, in addition to Heard’s alleged apparent defecation in their shared bed and Depp’s finger injury, has been Heard’s alleged use of a specific brand/type of makeup to cover injuries received at the hands of Depp.

In an April date of the ongoing trial, Heard’s lawyer Elaine Bredehoft shared the following sentiments while holding up the Milani Cosmetics’ All-In-One Correcting Kit.

“This is what Amber carried in her purse for the entire relationship with Johnny Depp. She’s an actor — do you honestly think she would have left her apartment ever without makeup? Do you think she would ever have wanted other people to see her bruises and cuts? This is what she used. She became very adept at it.”

It took no time for Milani to share that the kit held up in court did not exist at the time of the relationship, because it didn’t debut until 2017. From there, social media was full of people continuing to speculate that Heard was lying about several intricacies of her testimony.

In court today, Heard held up the Milani kit in question but shared that it wasn’t the actual kit she used at the time — even though that wasn’t disclosed when her lawyer first held up the concealer, or at any point of the proceedings until now.

“This is what I was talking about as a color correction kit. This is not obviously the exact one I used to carry, but I used to carry with me all the time.”

Heard continued by explaining how the kit is used to counteract unwanted colors on the skin.

“Sometimes this pink is sometimes a little bit more purple of a hue. And sometimes the kids are three colors; you can get them in three or four colors. Sometimes they have even more. But the idea is that you want to counteract whatever color you’re working with on the bruise. So the first day of bruising and while the immediate is red, the red is what shows up right away. So you want to go with the opposite on the color wheel by dabbing on a bit of the green or something to counteract thread. After a day or two, you get more purple and a bruise. So you’d obviously have to go with more of the red tones, the orange tones here.”

Color correcting kits can be used for a varying array of skin conditions, and there are several brands available, but it’s not lost on those following the trial closely that this is happening now.

You can keep up with the rest of the proceedings via our trial coverage.