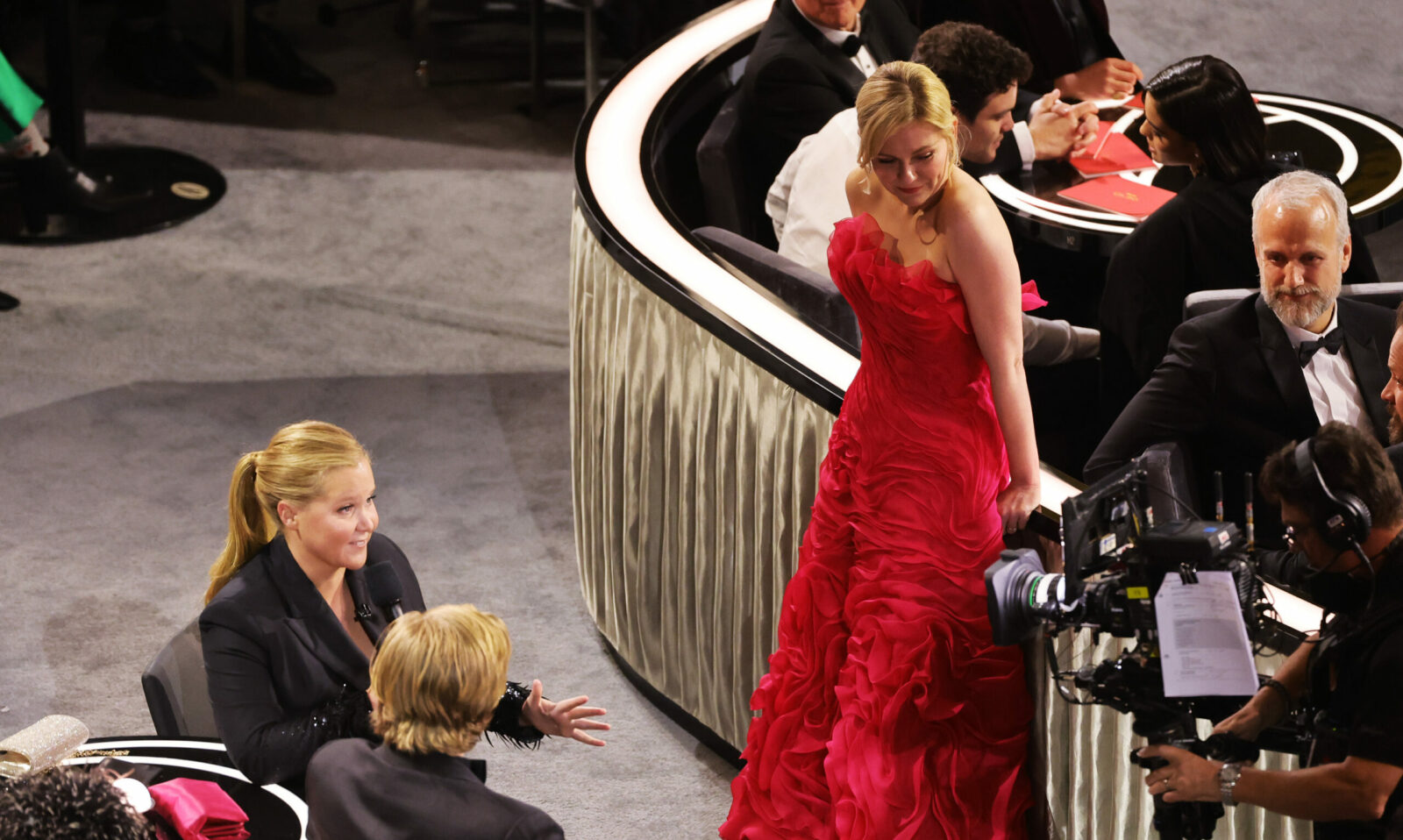 After that awkward seat-filler joke made during the Oscars, Amy Schumer addressed the criticism she received, saying that Kirsten Dunst was “in on the joke”.

Fans have criticized Schumer for her seat filler joke, saying that the Oscar host disrespected Dunst in front of her husband, Jessie Plemons, both of whom were nominated for their work in The Power of the Dog.

For those who missed it, Schumer was demonstrating to the audience what a ‘seat filler’ is during the Oscars after making her joke about “the vibe changing” due to an onstage altercation between Will Smith and Chris Rock that happened earlier. Schumer removed Dunst from her seat, asking her to go to the bathroom, as Schumer began talking to Plemons. Plemons then asked Schumer if she knew that it was his wife that she just unseated.

Following backlash, Schumer released her statement after the event has ended on her Instagram story, saying that the whole bit was choreographed and that “she wouldn’t disrespect a queen like that”.

“Hey, I appreciate the love for Kirsten Dunst. I love her too! That was a choreographed bit she was in on. Wouldn’t disrespect that queens like that”

Currently, photos of Dunst leaning away from the camera when Schumer was talking to Plemons are circulating across social media.

For those who are unaware of the term, a seat filler is someone, usually a volunteer, who just fills up empty seats during an event. In this case, the Oscars. In an interview conducted by The AV Club, seat fillers are usually relatives of those who work in the academy and are told to behave and dress a certain way during an event.

Despite the backlash and Schumer’s following statement, neither Dunst nor Plemons have publicly addressed the moment.