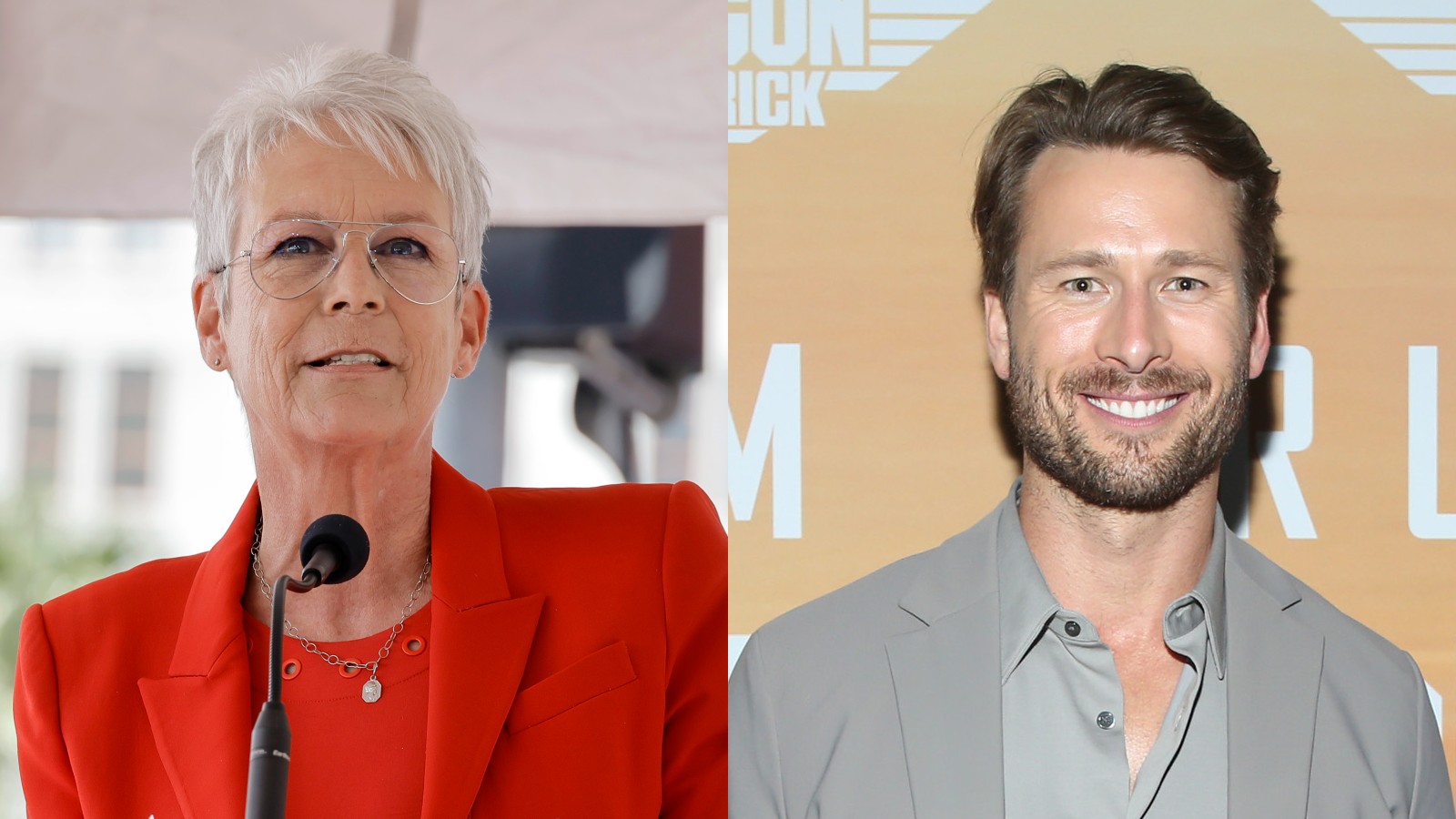 As if her co-starring role in 2022’s most-buzzed-about movie, Everything Everywhere All At Once, hadn’t confirmed Jamie Lee Curtis’ status as “America’s Cool Mom,” we now have a witness. Former co-star Glen Powell provided further proof of her Queen Bee status while appearing on The Late Late Show with James Corden this week, saying that the once-and-future Laurie Strode gave him a perfect dirty joke as a gift after shooting Fox’ 2015 horror/comedy series Scream Queens.

According to Powell, they were in bed shooting a sex scene, and during a break, Curtis asked if he had ever seen her 1985 romantic comedy, Perfect, in which a Rolling Stone reporter played by John Travolta falls in love with Curtis’ aerobics instructor on whom he’s doing a story. According to Powell, he hadn’t, and according to the year’s box office, neither had a lot of other people.

Powell told Corden, “One thing she did give me is a not-safe-for-work sort of contraception with her face on it.”

Corden then asked, “She gave you a condom with her face on it?”

To which Powell replied, “She said, ‘Thanks for the ride of a lifetime.’”

Glen Powell was on The Late Late Show to promote his role in Top Gun: Maverick, and he made no mention of what sort of birth control devices Tom Cruise may have given him as a parting gift.