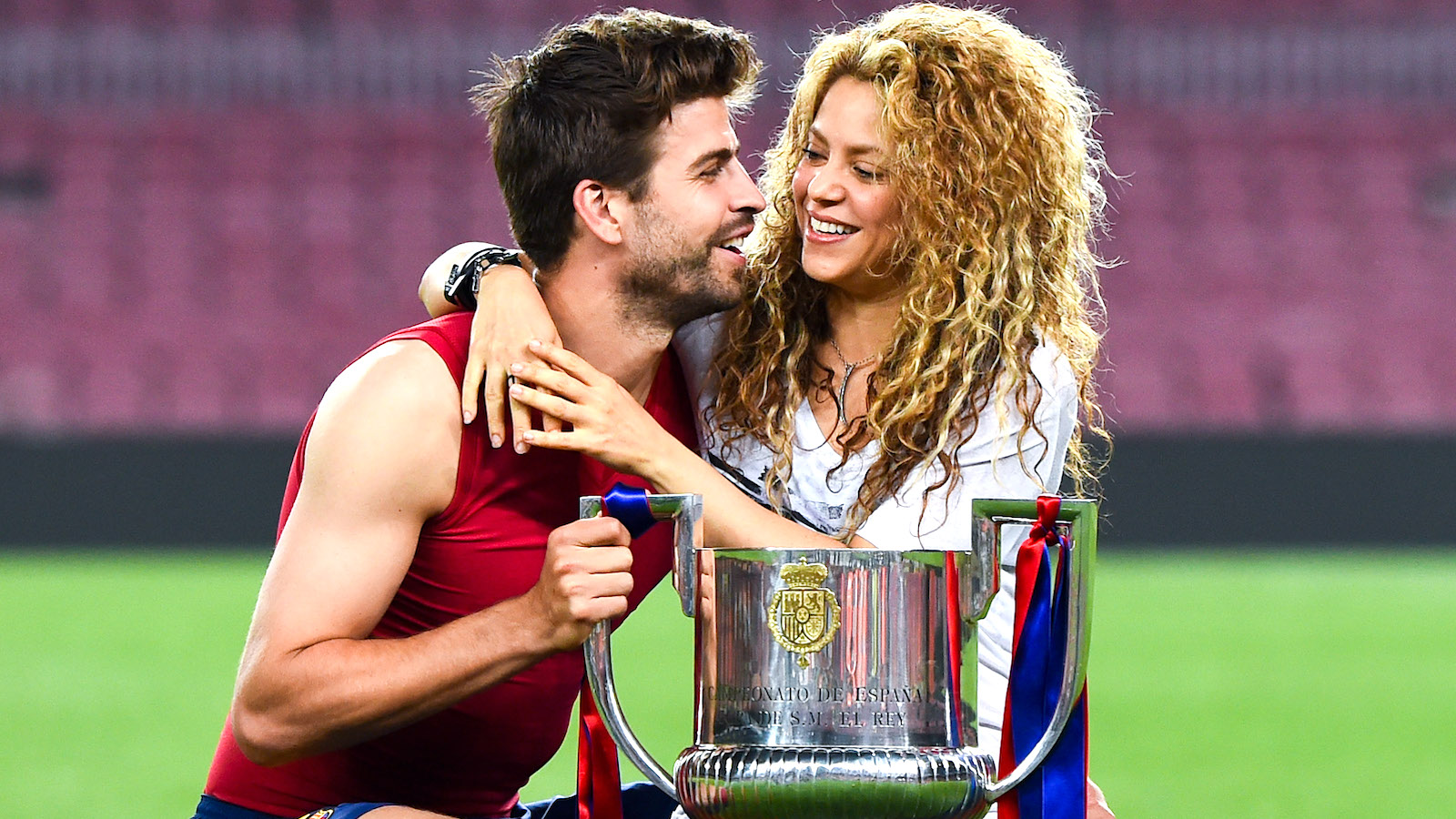 Shakira and Gerard Pique’s relationship has never been conventional.

She is the highest-selling Colombian artist of all time with the chart-topping hit song “Hips Don’t Lie”. He is considered one of the best professional soccer players of his generation with a FIFA World Cup and a UEFA Euro championship under his belt. They share two children together and over 12 years of love. However, rumors of an alleged affair on Pique’s part now have people wondering if the happy pair will break up.

Over the years Shakira and Pique have been highly regarded as one of the most consistent and loveable couples in the entertainment industry. However, that may be changing due to reports from the Barcelona daily newspaper El Periódico claiming that Pique has been living in a separate apartment from Shakira for quite some time, and that it might be due to infidelity.

According to Marca, Pique has been allegedly meeting up with a 20-year-old Barcelona student and event hostess, and Shakira finally found out about it. Neither Shakira nor Pique have commented on the legitimacy of the claims, but people have noticed Pique’s recent absence from Shakira’s Instagram, and are now wondering if there are dots to be connected.

With everything going on, it feels like as good a time as any to revisit the couple’s courtship and the kindling of their romance.

How did Shakira and Gerard Pique meet?

Shakira met Gerard Pique in 2010 while preparing for her music video “Waka Waka” which was the World Cup’s official song that year. Shakira said that she was not a soccer fan, so had she not been preparing to film the “Waka Waka” music video, she might never have met Pique.

At that time she was actually was in a committed relationship to Argentine lawyer, Antonio de la Rúa. The pair had been together for close to a decade before breaking things off in 2010 after Shakira met Pique.

Shakira and Pique went public with their relationship in 2011 when Pique made an appearance on stage at one of her concerts. Then, the next year they went even more public when they appeared in their first red carpet premiere together at the FIFA Ballon d’Or Gala in Switzerland.

That same year, they announced their pregnancy.

When did they have children?

Shakira and Pique had their first child, Milan in 2013. A couple years later in 2015 they gave birth to their second son, Sasha. Through the years Shakira has continued to document her family’s special moments, such as holidays, birthdays, and everything in between. According to Hola! she told Viva Magazine that “Sometimes it’s very hard when you can not see your sons for a month or even more. It is so hard. But we call each other via FaceTime, so we are in constant communication, that helps.”

Even when it comes to household chores the couple is unconventional. She also told Viva Magazine, “We have never been a traditional couple. We don’t have a written deal to share the tasks or anything like that, but we both are very involved in parenting and try to sort it out the best we can, we support each other and we also find a huge help in our families. We don’t know a different way to do it!”

Why aren’t they married?

That’s right – Shakira and Gerard Pique aren’t actually married. Their unconventional approach to relationships is not an anomaly. Even Oprah Winfrey, who’s been with Stedman Graham for over 30 years, is unmarried. When asked by Glamour Magazine in 2014 if she and Pique would ever tie the knot, Shakira had this to say.

“We already have what’s essential, you know? We have a union, a love for each other, and a baby. I think that those aspects of our relationship are already established, and marriage is not going to change them. But if I’m ever going to get married, he’s the one.”

Eight years and several anniversaries have passed since that interview. The couple still remain unmarried.

Will they break up?

Now that news of a potential affair has hit the press, Shakira’s new hit song “Tel Felicito” makes even more sense. The lyrics appear to shed some light on her feelings toward her relationship’s recent turn of events, and it doesn’t look good for Pique.

“For pleasing you, I broke into pieces.

They warned me but I didn’t pay attention.

I realized you were fake

It was the drop that spilled the glass.”

You lost someone authentic

Something told me we didn’t connect

It’s going to sting you when you remember us

You on your back leaning on the steering wheel

Burning down the tranquilizer

I didn’t block you from social media

So you can see the other girl in the Mercedes”

Neither Shakira nor Pique have commented on the alleged claims of infidelity, so at this time it is unknown whether the couple will work it out or break up for good. The translated caption to the Instagram post above in which Shakira and Pique smile side-by-side says, “I always wanted to find two things: a good man and a white truffle.”