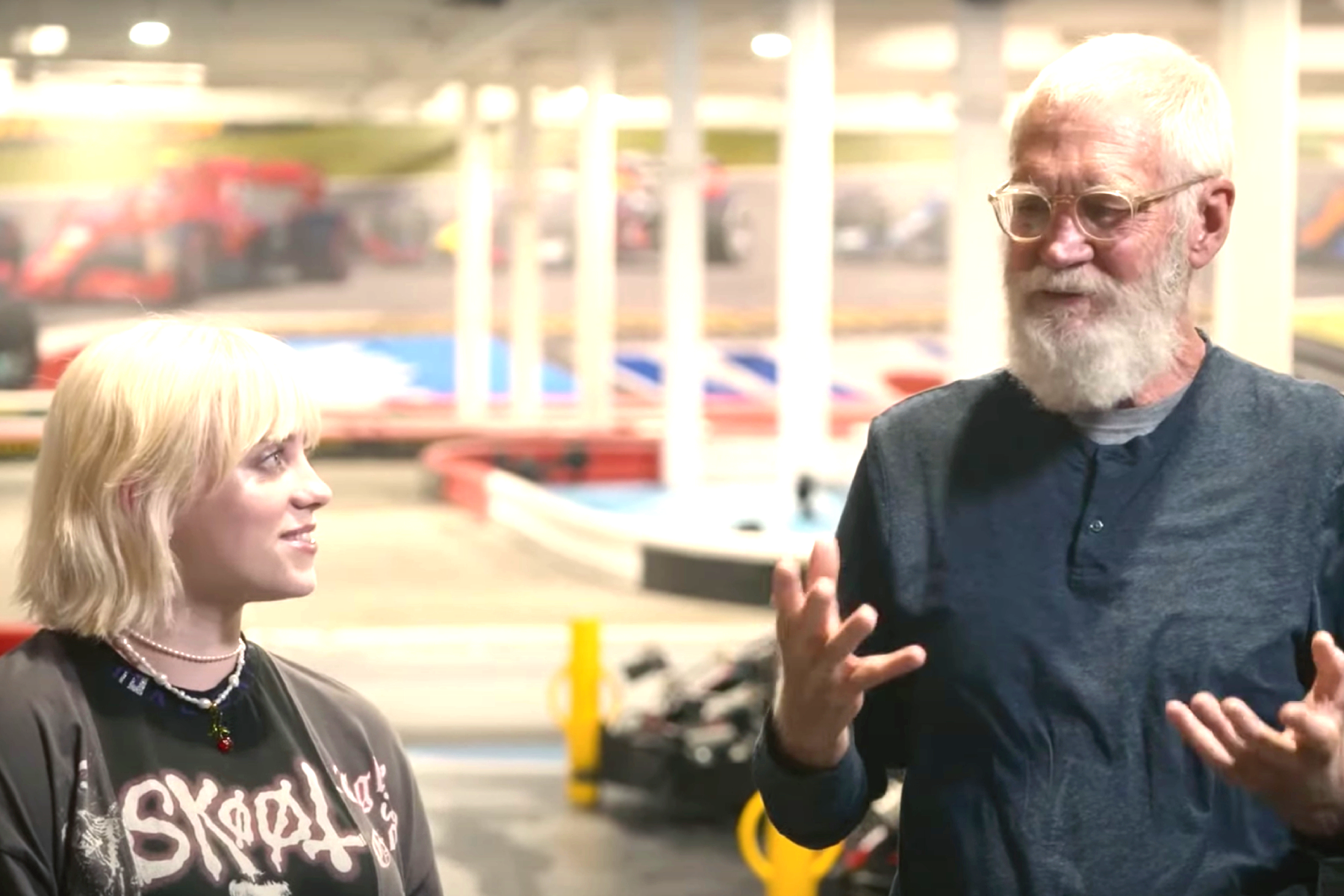 Billie Eilish opened up about her Tourette’s and why it might be hard to notice until you film her for a while.

Eilish appeared in My Next Guest Needs No Introduction With David Letterman to talk with the legendary talk show host about many things, one of which just happened to be Tourette’s syndrome, with which she was diagnosed at age 11.

As something that Eilish barely ever talks about, the conversation suddenly shifted in that direction when she ticked, and Letterman quipped, “What’s going on? [Is there] a fly?” “No, I’m ticking,” Eilish responded. Apologetic yet intrigued, Letterman delved into the singer/songwriter’s condition with her permission, learning that the overhead lights brought about the tic and that “if you film [her] for long enough, you’re going to see a lot of tics.”

Those tics include clicking her jaw, wiggling her ear, raising her eyebrow, and flexing her arm. Eilish revealed that people either laugh at her symptoms, thinking that she’s trying to be funny, or else look around and ask what invisible entity caused such a reaction. Letterman admitted that he did the latter and explained that he thought she was angered by one of his comments.

She went on to say that, despite regularly experiencing symptoms, her common tics are subtler and thus harder to notice. Moreover, she revealed that other artists with similarly subtle tics are in the closet with Tourette’s syndrome.

“So many people have it and you’d never know. A couple artists have come forward and said, ‘I’ve always had Tourette’s.’ And I’m not going to out them because they don’t want to talk about it. But that was really interesting to me because I was like, ‘You do? What?'”

Check out Eilish’s enlightening episode of My Next Guest Needs No Introduction on Netflix today.