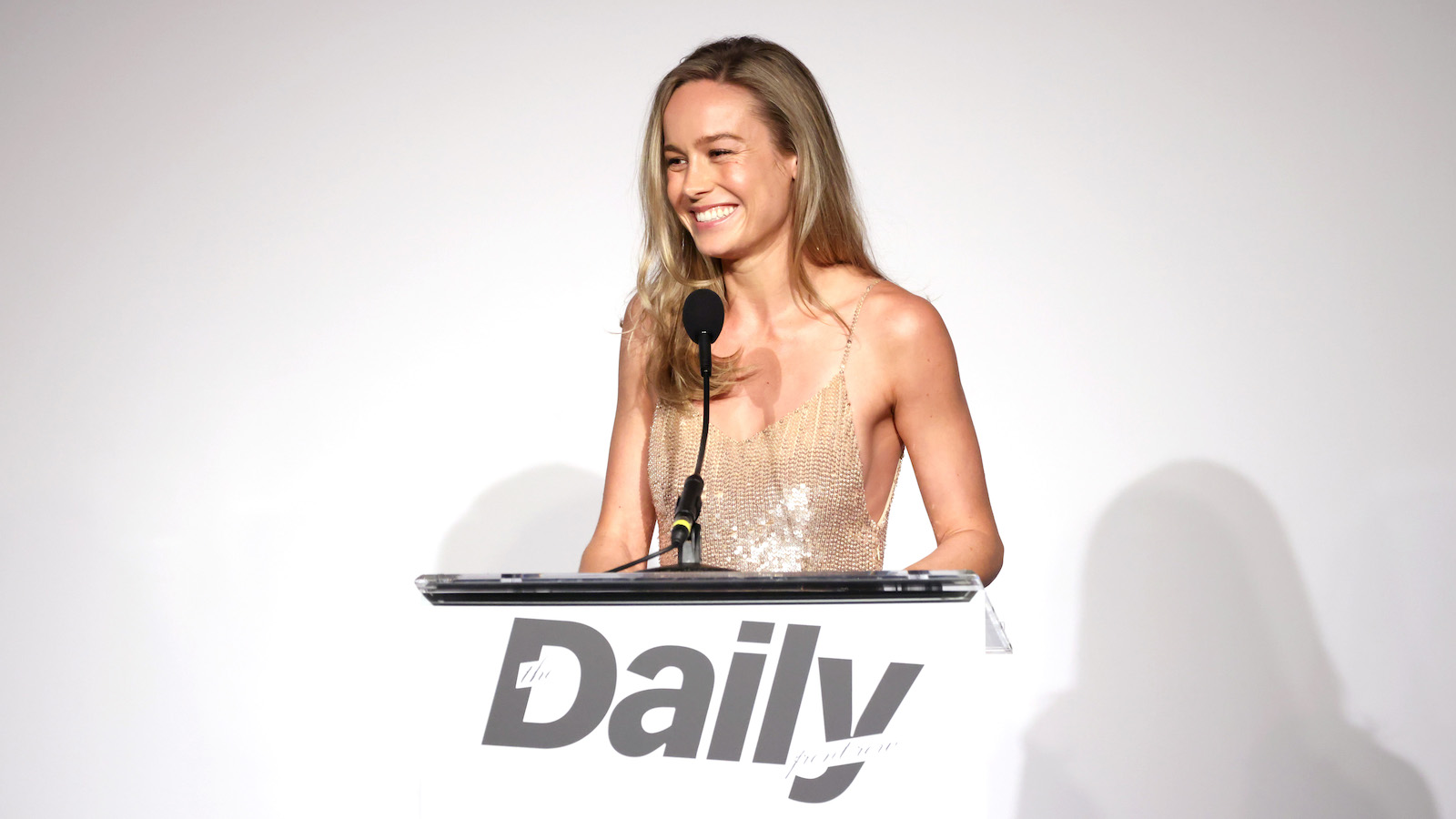 Avengers Assemble! Captain Marvel needs your help, or at least Captain Marvel actress Brie Larson does. She apparently enjoys a warm mug of beverage more than she enjoys tales of the Cold War because she posted a picture of herself on Twitter today sipping from a tea mug and carrying a copy of John le Carré’s The Spy Who Came In From The Cold tucked under her arm, asking for a recommendation of a better book.

Larson was dressed fashionably frumpy in a beige sweatshirt with a wrist-length elbow patch over a pair of casual grey sweats, in front of an open bathroom door with a spotlight over the sink for some reason. In one shot, she looks at the camera, while in the other, she stares straight ahead, sipping the hot tea she had just served on the late, venerated master of British spy novels.

Le Carré, born David Cornwell, worked in British intelligence for both MI5 and MI6 in the 1950s and ‘60s and, after retiring, wrote several classic novels about Cold War espionage. The Spy Who Came In from the Cold is his most-revered, becoming an instant international best-seller, winning the Mystery Writers of America’s prestigious Edgar award for “Best Mystery Novel,” and placing on Time magazine’s “Top 100 Novels of All-Time” list.

Responses have continued to come in at a decent clip, proving that against all odds, a decent percentage of MCU stans also read. While some of the recommendations are typical internet, with The Communist Manifesto and The Bible being Peak Bad Twitter responses, there were many, many, many authors plugging their terrible-looking self-published work.

But sifting through the tweets, still, others have presented the star with some decent suggestions:

And one suggestion so heartfelt we had to include it: