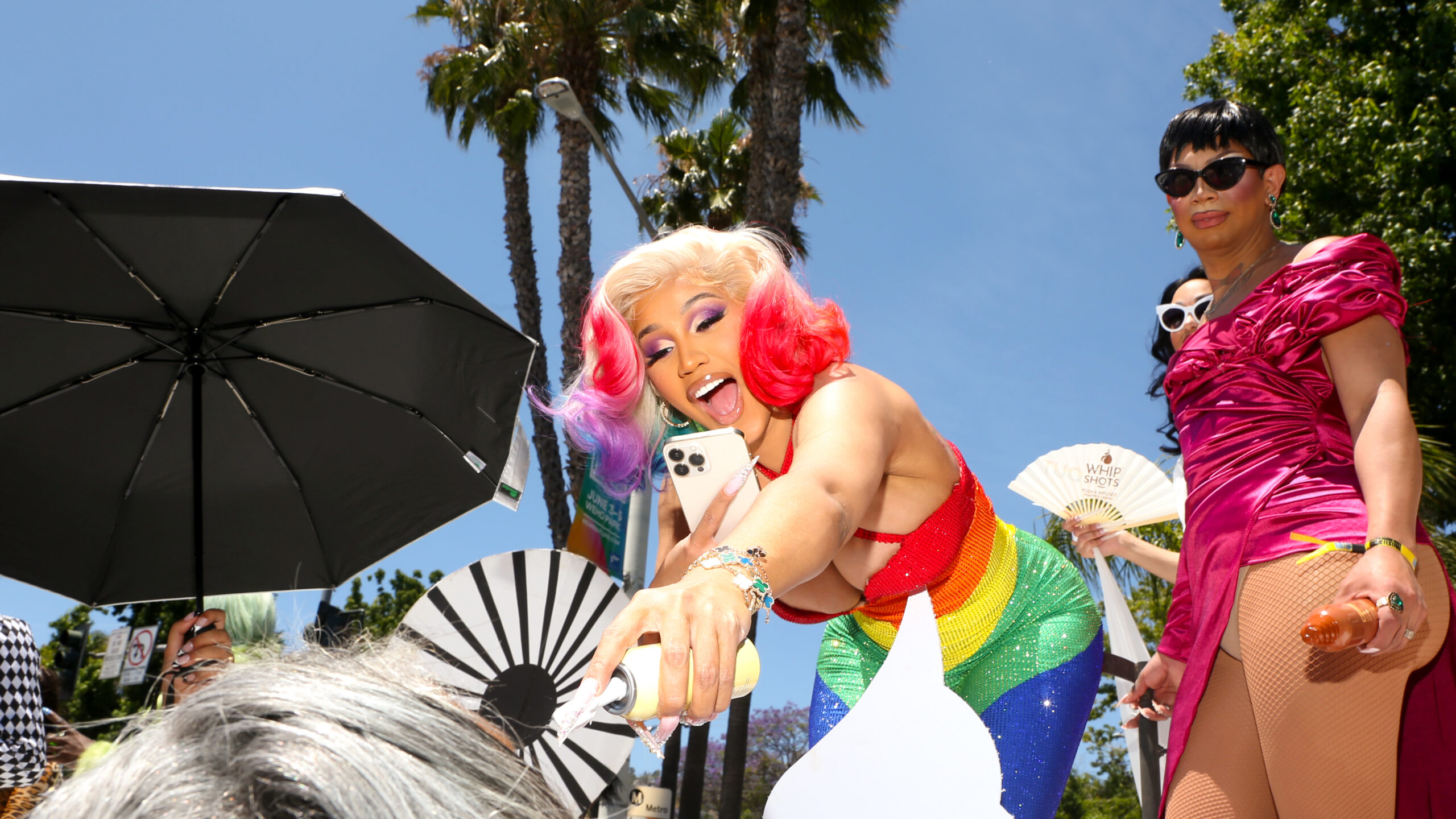 Cardi B is no stranger to unique fashion, and in a new video promoting her brand new product, the WAP singer stepped out in the perfect outfit for June and its festivities.

Earlier today, Cardi B posted a tweet reading: “Is Whipshots in your state? Or do you have to order it online?” Attached to the tweet was a video of the star in a BevMo! store, standing in front of a display of Whipshots, a product that Cardi B has created in collaboration with Starco Brands.

However, it is Cardi’s outfit that is currently turning heads. In the video, the star is wearing a one-piece dress that is covered in sequins colored to resemble the rainbow Pride flag. An extremely fitting choice considering June is LGBTQ Pride Month in America.

In the video, Cardi explains where Whipshots are currently available, noting that the product can be purchased in “California, in L.A., Arizona, Washington, Florida, Colorado, Kentucky, Illinois, Nevada,” with one of the people filming the video ending the list by jokingly adding Miami. Cardi then jokingly apologizes for the video’s chaotic energy by saying, “I’m going to sound crazy right now, but that’s ‘cuz I’m drunk. So whatever.”

Many Twitter users quote-tweeted the video to give their opinion. And the quote retweets are full of praise for the star’s attire. One user said that they “love ger pride outfit.”

While another said that the form-fitting jumpsuit was “such a look.”

While another user summed it up by simply saying “Cardi outfit,” followed by three heart-eyes emojis.

Cardi has been heavily promoting Whipshots, a line of flavored dairy-free alcoholic whipped cream. First announced in December 2021, the product was initially sold only via the internet, with daily “drops” being the only way to get your hands on the product. This isn’t the first time the star has combined Pride, stunning outfits, and Whipshots.

At this year’s West Hollywood Pride Parade, Cardi traversed the route on a special float that featured numerous references and call-backs to her previous hit songs and music videos.

Of course, Cardi was the star of the show, and like in the video, she was clad in a bright, Pride rainbow-theme one-piece. Along the parade route, she gave out samples of Whipshots, and this quickly went viral when Cardi sprayed some at a fan and missed her mouth, causing the happy fan to get utterly covered in the dairy-free cream.