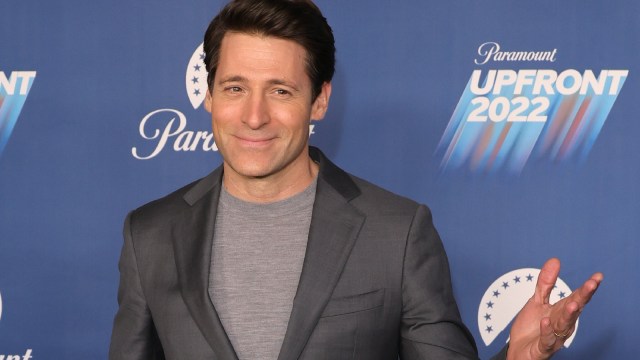 Appearing on The Late Show with Stephen Colbert on Wednesday night, Tony Dokoupil told a story in which he understandably determined that celebrities do not pee.

Not wanting to name any names in his story in order to protect the innocent, Dokoupil was careful when he explained that he interviewed someone on location, implying it was after some kind of performance. Before the interview he noticed, “There was a big tent and being the curious person that I am, I unzipped it and looked inside.” Dokoupil soon realized that, when he walked into it, there was a pot there for someone to pee in.

For some reason, Dokoupil thought it smart to take a picture of it and post it on social media, though without any names or anything else that would hint at the musician who uses it. However, as he explained, “I got a call like one second after the picture posted, from the PR people, who I thought were gonna come through the sky and kick the door and take my phone.”

Dokoupil was told to take down the post and, of course, he obliged. Listening attentively to the story, Colbert joked that Bruce Springsteen must’ve been upset.

Concluding his experience, Dokoupil stated, “I teach my son that everybody pees but celebrities do not. They do not pee.”

Gayle King, clarifying for those who perhaps took Dokoupil literally, said, “They do but they just don’t want you to talk about it.”

We’re grateful for Gayle’s wisdom here, who was dressed completely in yellow, which is ironic considering the peeing story. Nevertheless, She then added a story of her own when Colbert asked her if she had any on-air regrets, speaking about a moment early in her career when she was an anchor doing local news.

Gayle continued by telling Colbert, “I was so mortified because people are so afraid of race. I’m not afraid of race. So, I said, ‘Well, I’ll still be black but these guys will be back.'”

We’re curious as to what Nate Burleson’s story would be, but after the unusual pee-in-the-pot story, perhaps it’s best that he missed this one out.