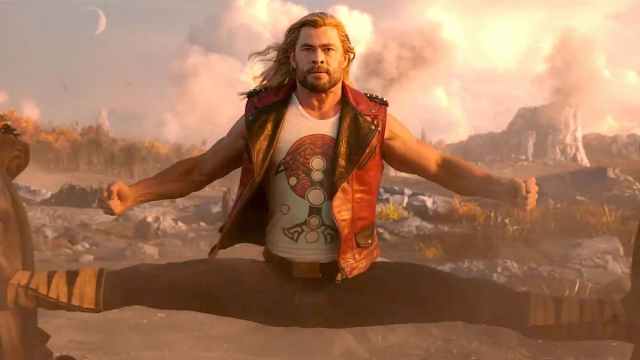 Many children have dreamed of becoming a superhero, and for Chris Hemsworth, that dream came true. However, while the Australian heartthrob has won hearts globally as the God of Thunder, his younger self might have some concerns about which hero he turned out to be.

The actor posted a throwback photo on Twitter to commemorate turning 39, and in it he’s donning a Batman shirt and grinning from ear to ear. With a caption that reads, “My younger self would be so disappointed,” Hemsworth hilariously touches on the Marvel vs. DC debate that’s long plagued comic book fans.

His first appearance as Thor was the lead role in the 2011 film of the same name, and since then he has become a staple in the MCU, reprising his role in the sequels The Dark World, Ragnarok, and most recently, Love and Thunder. He is also an important member of the superhero team the Avengers, appearing in all the assemblages from the 2012 original until Endgame in 2019.

While the actor’s younger self might indeed be disappointed, he might extend some grace to the now 39-year old who has become one of the most prolific actors in Hollywood and a Member of the Order of Australia. Not too bad.

Furthermore, the DCEU has yet to come close to the success of the MCU, which is the highest-grossing movie franchise of all time at the box office, with over $26 billion netted over a period of 14 years. Young Chris has definitely got to cut older Chris some slack.