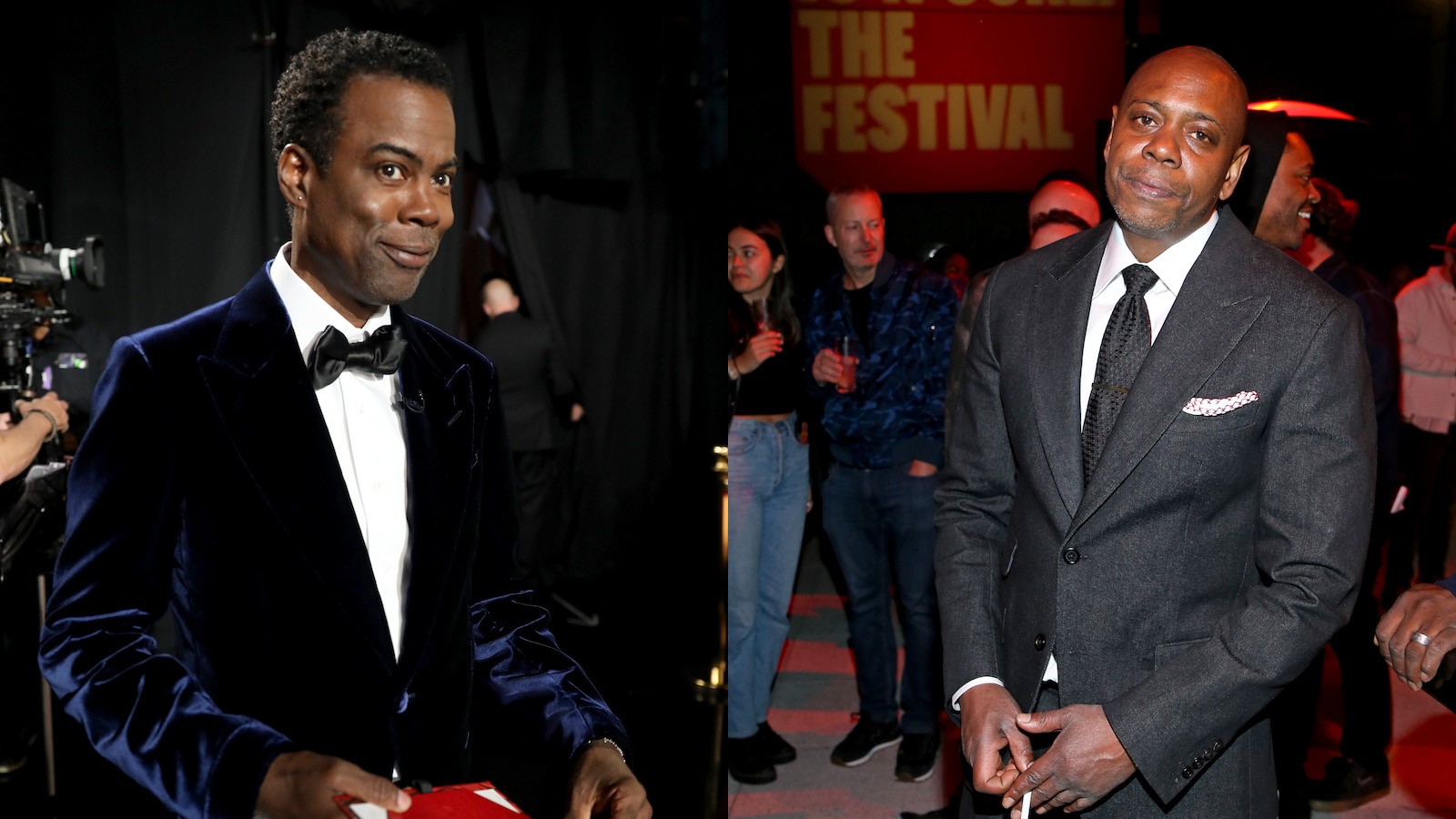 Comedians Chris Rock and Dave Chappelle are set to co-headline an unforgettable night of stand-up comedy this fall. Slated to appear at The O2 Arena in London, Rock and Chappelle look to bring their unique senses of humor across the pond on Saturday, Sept. 3. As of now, the legendary pair only seem to be performing for one hilarious evening, but as we move closer to showtime, perhaps that will change.

Regardless of the timeframe, it’s clear that both comedians will have no shortage of new material to surprise fans with come September. And, oddly enough, both have been linked to what could possibly go down as the most surprising celebrity moment in recent memory. Who could forget Chris Rock’s infamous night at the Oscars earlier this year, when the disgruntled actor (and eventual Best Actor winner) Will Smith accosted Chris Rock on stage for the whole world to see?

To put it plainly, Smith slapped the hell out of Rock — it wasn’t pretty. Yet somehow, the actor went on to win an Oscar for his performance in King Richard, as Hollywood sat stupefied (and, ominously, applauding) directly on the heels of Smith’s inappropriate act of downright violence.

Soon after, Chappelle was attacked on stage during the Netflix is a Joke comedy festival in Los Angeles, California. Some cited Will Smith’s initial breach of personal space to be an incredible specific catalyst for Chappelle’s attacker and one that could incite future violence towards comedians around the globe. Chapelle has been under fire in recent years for his insistence on telling transphobic jokes.

Both Rock and Chappelle look to overcome that looming danger with their international comedy show, and one can only hope that their humor can heal all wounds through linguistic levity.