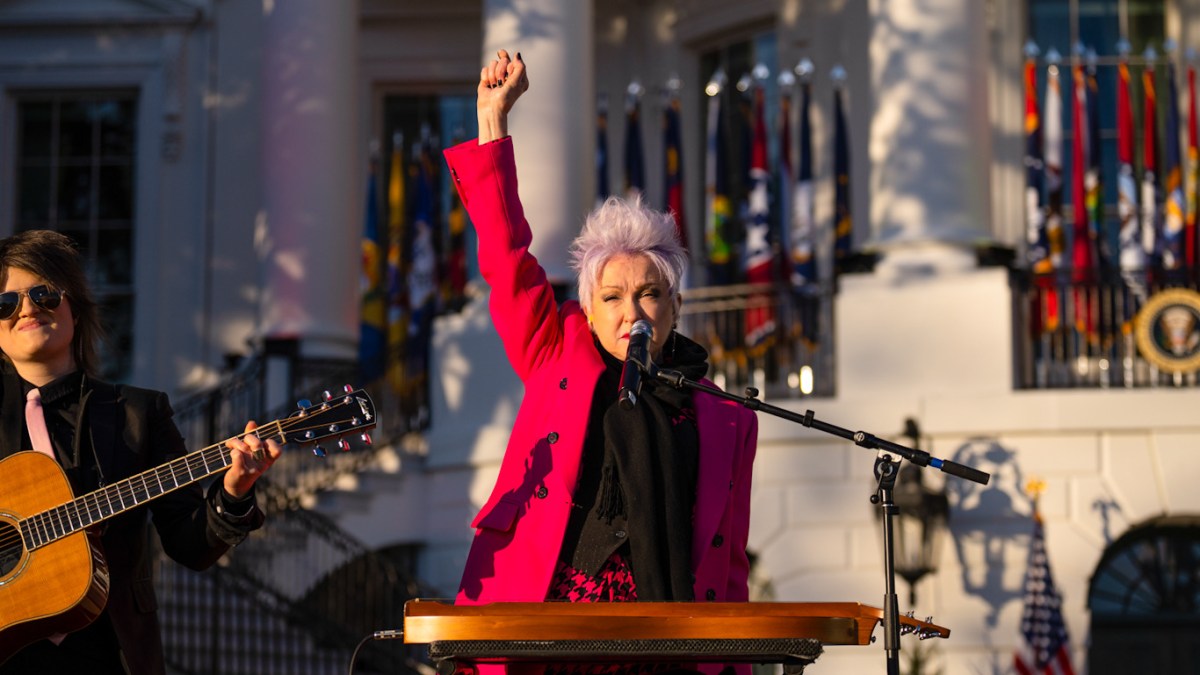 We know a few things about Cyndi Lauper. We know she just wants to have fun, we know that she wants your true colors shining through, and now we know that she’s a descendent of a man who led a farming revolution in Switzerland.

Lauper, 69, appeared on the PBS show Finding Your Roots with host Henry Louis Gates, Jr., and she found out that her 7th great-grandfather from the 1600s, Christen Lauper, was a revolutionary.

“Christen Lauper was no ordinary farmer,” Gates said, according to Today. “He was involved in a seminal event in his nation’s history.” Back in Christen’s day in Switzerland grain prices dropped and a lot of farmers went into debt. Instead of helping, the government devalued Swiss currency, which did the opposite of help.

Christen was a “rebel” and a “general agitator,” helping to organize meetings and plans of action. At one point the Swiss government signed a truce with the peasant farmers, but then went back on its word.

About 40 peasants were killed, and Christen was fined 70 days of wages, though escaped with his life. “Your ancestor took huge risks to create a better life for himself and his fellow citizens and he paid the price for it,” Gates said.

The incident is a famous one in Swiss history, and there’s even a monument for it there. After the double cross and the murder and dissolution of the rebel armies, the ruling class in Switzerland actually assuaged the peasants and dropped some taxes and set some reforms.

“I feel proud to be a descendant of Christen Lauper and that he was a revolutionary and that he worked local, state to state, to get the people together and organize them. I think that’s amazing,” Lauper said, adding that now she knows where her rebel spirit originates.

“I know I’m always fighting the man. Now I know where it comes from,” she said. So how did the Lauper clan get to America? A member of her Sicilian family named Gaetana Gallo came to New York City from Palermo. Lauper said she grew up knowing Gallo.

“She made it possible for me to be born here,” she said. Finally we have Lauper’s mother Catrine Dominique, who Lauper said pushed her to follow her dreams.