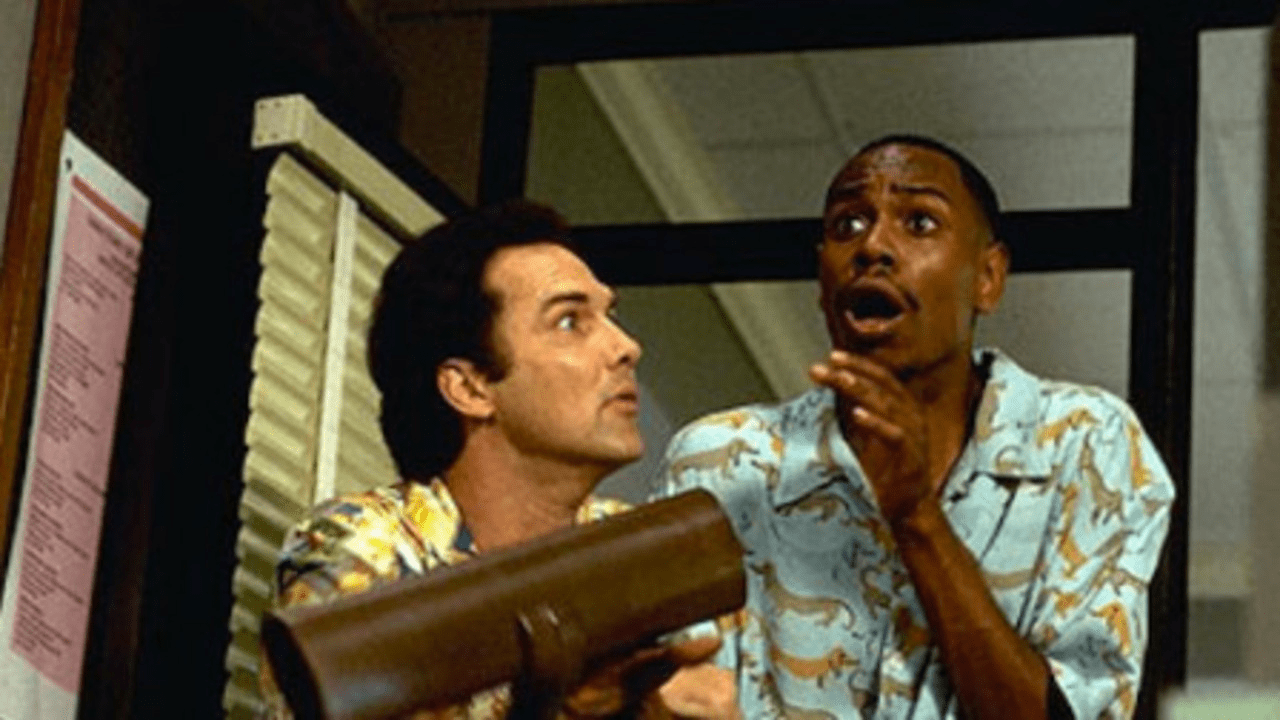 Dave Chappelle has revealed that long before he grieved Norm Macdonald’s passing, Macdonald helped him grieve the death of his father.

“I didn’t know [Macdonald] that well in the ’90s. And then when my dad died, I had to do a movie with Norm, and I tried everything to get out of that movie because I was inconsolable. I couldn’t get out of it. And working with him was the greatest thing that ever happened to me. It was like, he was the right guy at the right time.”

“Did he talk to you about your dad a lot?” Sandler interjects.

“Never came up,” Chappelle replies. “He just made me laugh . . . it was wistful and amusing. You know how Norm is. You never knew [if] he was setting something up or not. We were just hanging out, and all of a sudden it’d be like this punchline out of nowhere, but it started to become like . . . work was like a church I’d go to. I couldn’t wait to get to work and just hang around this guy.”

That work was Screwed, a 2000 screwball comedy starring Chappelle, Macdonald, Danny DeVito, Sarah Silverman, and Elaine Stritch. Chappelle’s story about Macdonald and Macdonald’s story about Chappelle and Stritch on that movie set are probably better than the movie itself.

“I’ve known people for years and years that didn’t make me laugh as much as he did in that eight or 10 weeks,” Chappelle concludes. “So he’s like a real special person to me.”

Watch Chappelle tell that story in Netflix’s Norm Macdonald: Nothing Special and be prepared to shed tears.