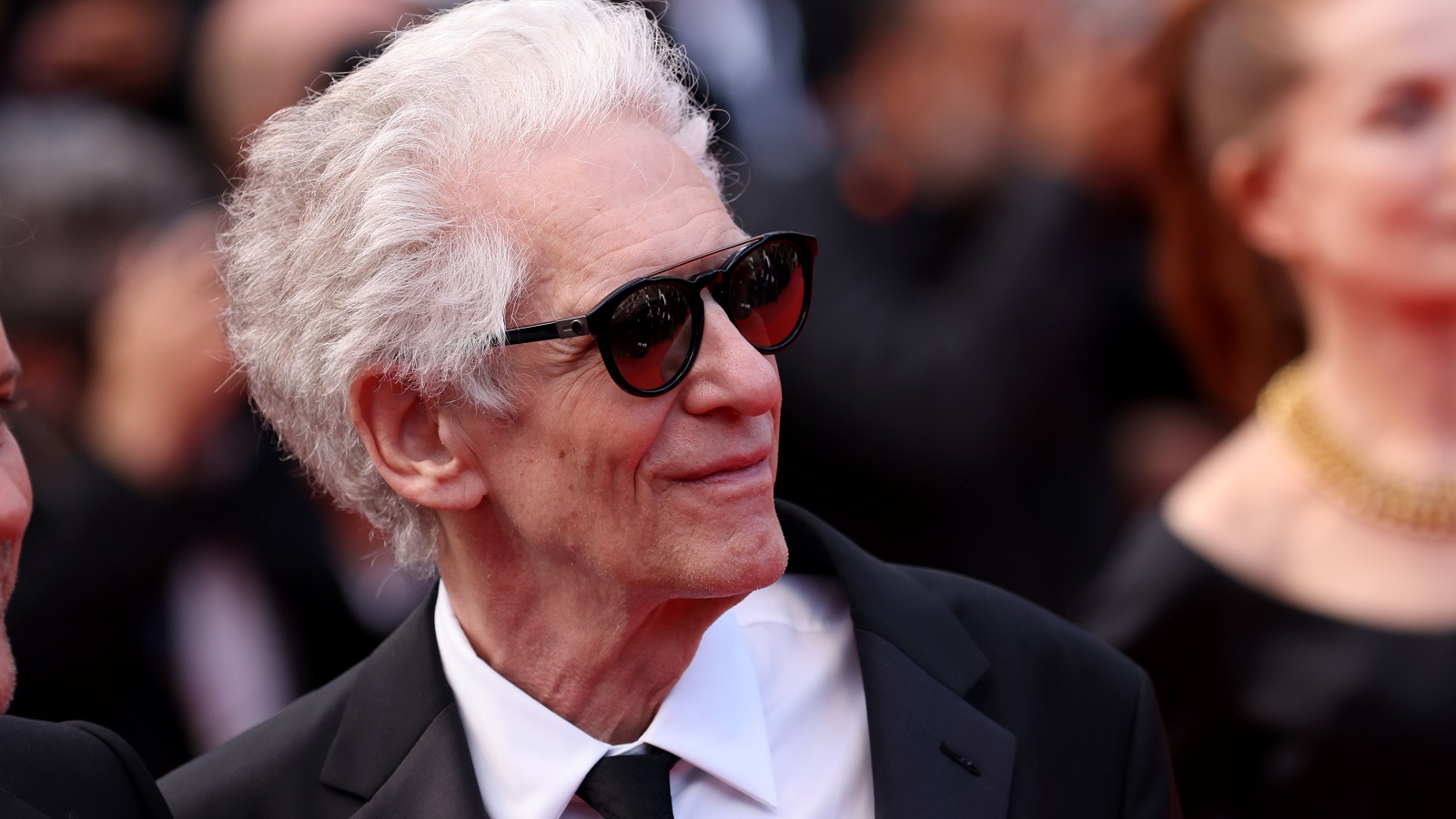 Perhaps the first old-school filmmaker to do so, the 79 year-old approved the practice of viewing movies on mobile devices that contemporary cinephiles have been hiding from big screen purists, lest they be shamed. “What’s the problem?” Cronenberg asked Collider. “If the resolution and the color and the sound are good, it’s good! And to me, that still counts as a cinematic experience.”

Since it’s okay with Cronenberg, micro-moviegoers can start coming out of the closet—hopefully en masse.

The director of such flicks as Videodrome, The Fly, eXistenZ, Eastern Promises, The Dead Zone, A History of Violence, and the recently-released Crimes of the Future explained how he came to this progressive conclusion early in his career, and how he now expects small-scale viewing to usurp the theatrical experience.

“Even as far back as Shivers and Rabid, my first two sort of commercial movies, I was always aware that more people would see it on television than they would on a big screen. Even then because you have a release, it’s in the theaters, after that, it’s on television and so I made sure, because in those days, the television screen was 4×3, it was very square, but we were shooting more wide screen, so I made sure that those movies were framed in such a way that they could be shown on television and still not sort of deranged in terms of the framing and the composition. So for me, this is not a new thing.

I assume that more people are gonna see Crimes of the Future on their Apple Watch than they are gonna see it in a big theater. It’s like reading a book! You have it here. It’s right here. It fills your field of vision . . . I think that that’s where cinema is going. I think that theaters, there will be fewer of them. They’ll be niche venues where only specific things, maybe Marvel movies only, I’m not sure, will be shown there, and for the rest of us, it’ll be watching on our own private screens.”

Although, as of this writing, the big screen is the only place to legally watch Crimes of the Future, you’ll soon be able to view it on the small screen, super small screen, and even your Apple Watch.

Whatever you choose, Cronenberg won’t be judging.