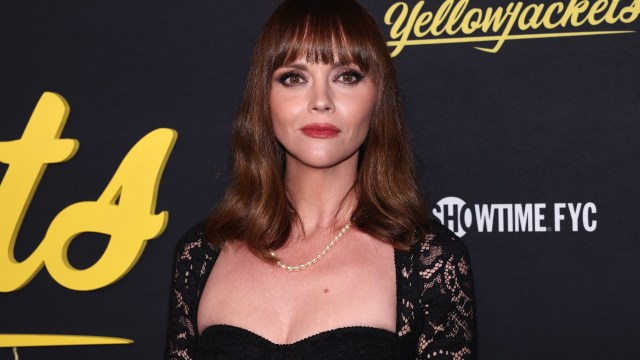 Christina Ricci has been officially cast as the Clown Princess of Crime for a new podcast coming to Spotify titled Harley Quinn & The Joker: Sound Mind.

From what we know so far, Harley Quinn & The Joker: Sound Mind will be told from the perspective of Harleen Quinzel / Harley Quinn rather than The Joker himself. It will depict Harleen’s descent into madness all the way from the sophisticated Dr. Harleen Quinzel to the bubble-headed sidekick Harley Quinn. According to Variety, The podcast will be written and directed by Eli Horowitz, aided by Matthew Derby and Rachel Khong. Ricci and Magnussen will be facing Justin Hartley (This Is Us) as Bruce Wayne. Needless to say, fans are going bonkers for Ricci-Harley, but some of them are disheartened after learning that the project is purely audio rather than visual.

The 42-year-old is famous for portraying Wednesday Addams in The Addams Family (1991), and she currently plays Misty in the American drama series Yellowjackets. Joining Ricci will be Billy Magnussen, a 37-year-old American actor whose breakthrough film role was Rapunzel’s Prince in Into the Woods, but his most notable role to date is the nefarious, double-crossing CIA operative Logan Ash in James Bond’s twenty-fifth outing: No Time to Die.

Although there aren’t too many details available right now, the unveiling of an official synopsis explains the podcast in more detail. It reads as follows:

“But her dad is sick, and in need of an expensive, life-saving operation Harleen can’t afford. So when she meets ‘Patient J,’ a unique criminal who seems to have a strange power over everyone but her, Harleen makes a fateful decision: to use her relationship with J to get what she needs, leading both of them down a dangerous path that will change their lives forever.”

There is no word as of yet as to when Harley Quinn & The Joker: Sound Mind will debut on Spotify, but We Got This Covered has got you covered for when the date is announced.