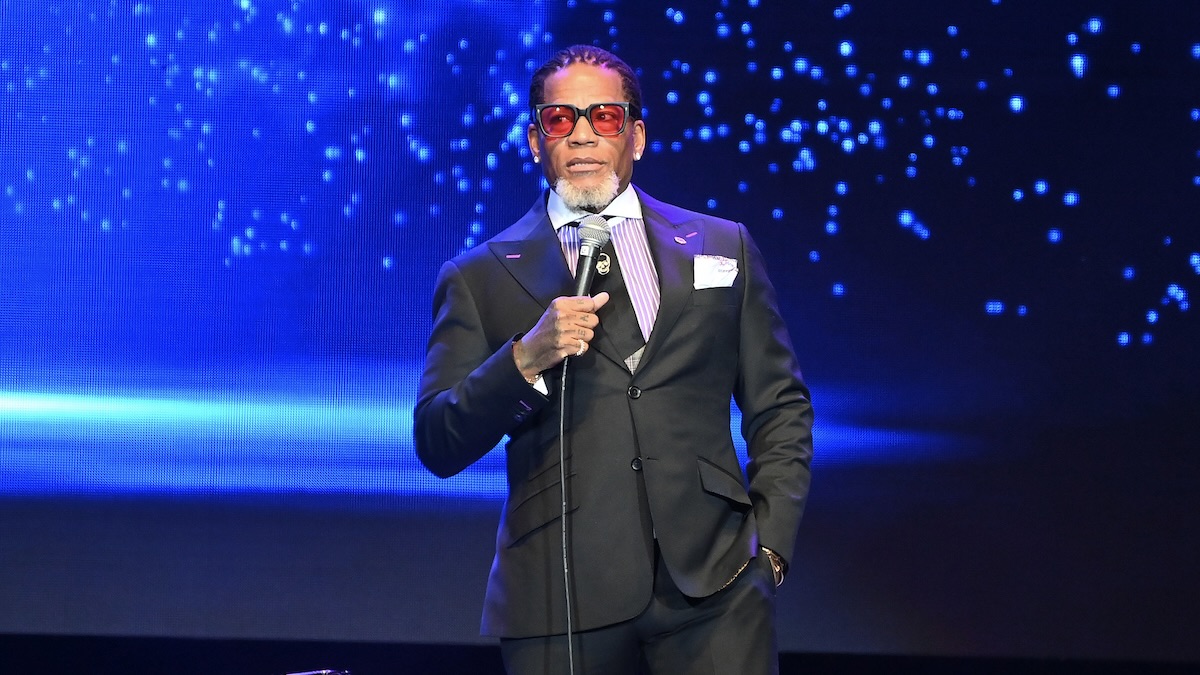 Stand-up comedian DL Hughley says his wife wasn’t willing to stay in their house after rapper Kanye “Ye” West appeared to make veiled threats towards the comic following Hughley’s calling-out of West for his abusive behavior towards ex-wife Kim Kardashian. After a heated phone conversation between the comedian and rapper, Hughley’s wife refused to stay at home for several days afterward.

“My wife refused to stay at home for a few days,” Hughley told VLAD TV in a recent interview. His spouse’s trepidation followed a phone call between her husband and the controversial and increasingly alt-right West, who became incensed when Hughley compared West’s behavior toward Kardashian following their split to stalking.

“If it was my daughter I’d do something about it. I don’t think it is funny. I don’t think you can write a beat so good that you get to do these things,” Hughley had stated in a separate interview with VLAD TV filmed in February 2022. West took to social media following Hughley’s original statement and accused the comedian of being a “pawn” and a “drug addict” after which he issued a vague threat to the comedian stating that “I can afford to hurt u,” in the now-deleted post, according to All Hip Hop. West also posted “Yoooo God is good” after finding out that he and Hughley both resided in the city of Calabasas.

“I spoke to him later on that night,” Hughley revealed in his latest interview with VLAD TV. “He said, ‘You said I am a stalker.’ And I said, ‘I believe that to be true.’ We had this heated conversation. He talked about what he would do and I said you won’t do it. We had this argument and it ended up with us shouting at each other and just hanging up.”

Hughley also used social media to respond to West, tweeting “Hmmm! Ain’t it weird that #Kanye supposedly has all these goons who will k–l for him, but not one of them will get his prescriptions filled?”