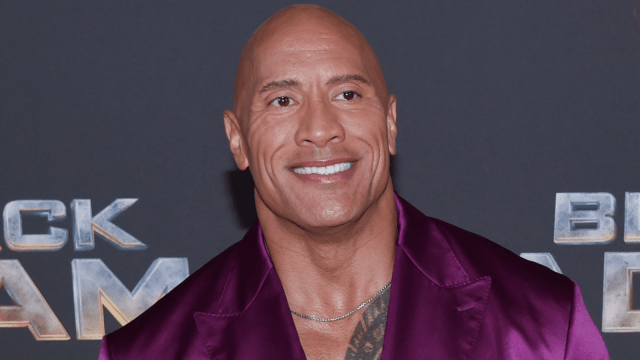 It’s no secret that A-lister celebrities around Hollywood like to do a little bit of a nip and tuck here and there to maintain their impossibly gorgeous appearances and consequently make the rest of us normies feel inadequate by comparison.

There’s one interesting piece of Hollywood plastic surgery trivia, however, that has piqued the interest of the internet recently, because of how seemingly unusual it is, and it all revolved around Dwayne Johnson and his forehead.

This whole saga kicked off back in September when Kevin Hart was doing an Instagram live and chatting with fans. Into the comment section bursts The Rock himself, boldly declaring, in all caps, that he did something unseemly with Hart’s tea.

Hart issued a warning to Johnson, who persisted with the poking and prodding of his Central Intelligence co-star who then proceeded to ruin his day by getting the rumor mill churning:

Dwayne ‘The Rock’ Johnson has a prosthetic forehead. It’s not real. He can take it off, it’s like velcro.

What seemed to be an innocent joke at the time has since become a pop culture mystery that the internet is desperately trying to unravel.

Is the rumor about Dwayne Johnson’s forehead true?

For starters, we should remember the relationship between Kevin Hart and Dwayne Johnson. They’re good friends in real life and have often gatecrashed each other’s social media profiles to hilarious effect. The bromance between them is quite real.

Another thing to consider is Kevin Hart’s delivery of his declaration, during which he couldn’t keep a straight face. The man could barely finish a sentence before bursting into a severe case of the self-giggles.

Perhaps there’s some sort of inside joke between the pair about some sort of either digital or makeup department touch-up which was made to Johnson’s forehead during one of the various films the pair have both appeared in.