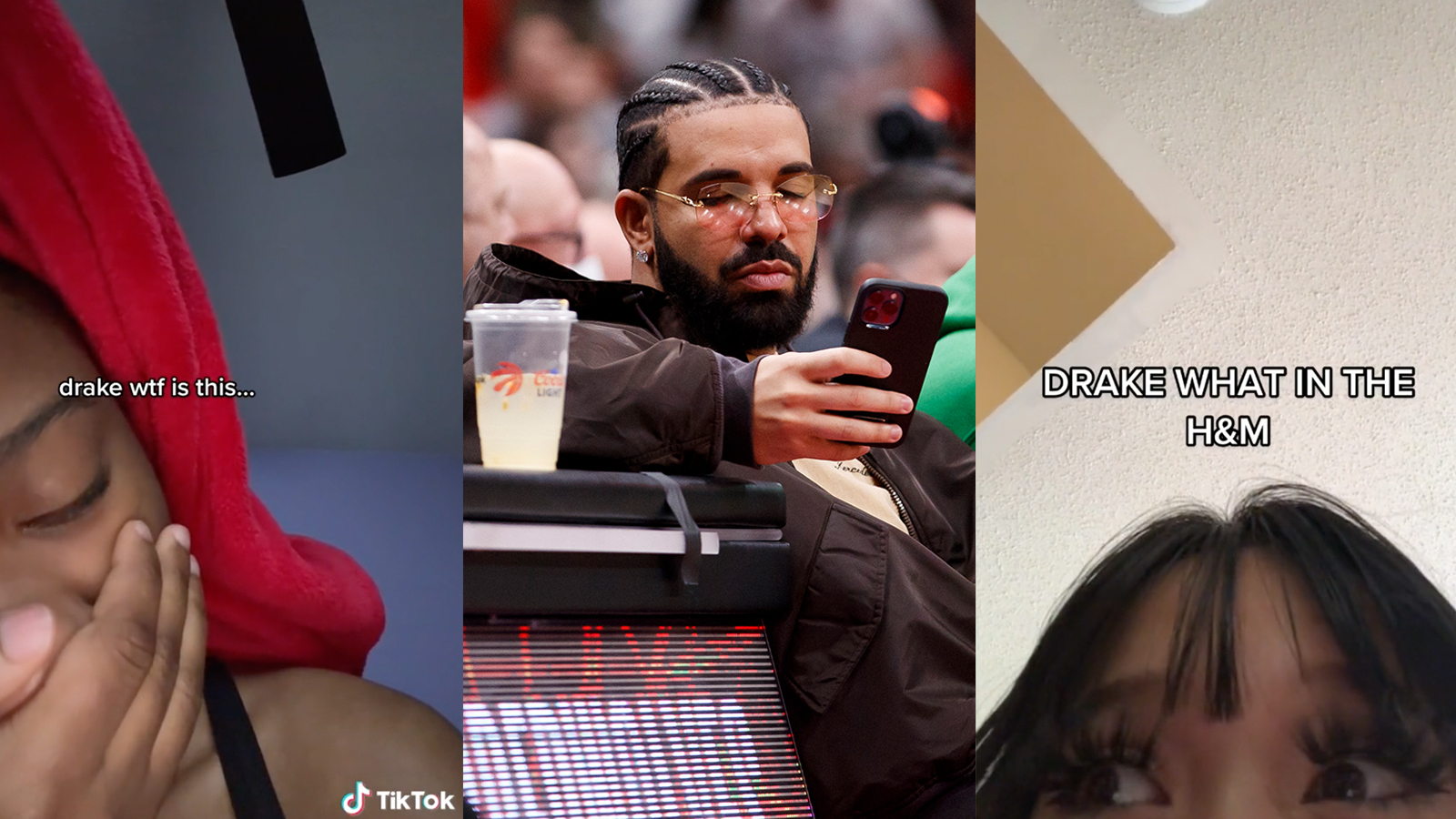 TikTokers are blushing like a beetroot after blasting one of Drake‘s new songs at full volume.

ICYMI: Drake dropped his latest album Honestly, Nevermind on June 17th. The internet is divided on whether it’s a good album or if he’s lost his touch, but they all seemingly agree that they can’t play track 6, “Calling My Name”, in public.

The song is a Frank Ocean-like house party mix that some say sounds like it belongs in a H&M. But it also has a catchy hook where Drake sings *check notes* “your p*ssy is calling my name”.

Several listeners on TikTok said they were gobsmacked at the lyric in videos posted on the app. Others compared the song to club music from 2016.

Several fans claimed the song sounds like it belongs in a H&M or Forever 21. Honestly, can’t hear it otherwise now.

Mr. Drake is really out here doing the most. And by that I mean singing about someone’s private parts on what sounds like a house party mix. Go off king, I guess?

Folks on Twitter absolutely roasted Drake over the album. One fan went so far as to call it a 4/10. Others appeared to joke he put his whole Drakussy in the one (1) song.

You can listen to Drake’s Honestly Nevermind on Spotify and Apple Music.