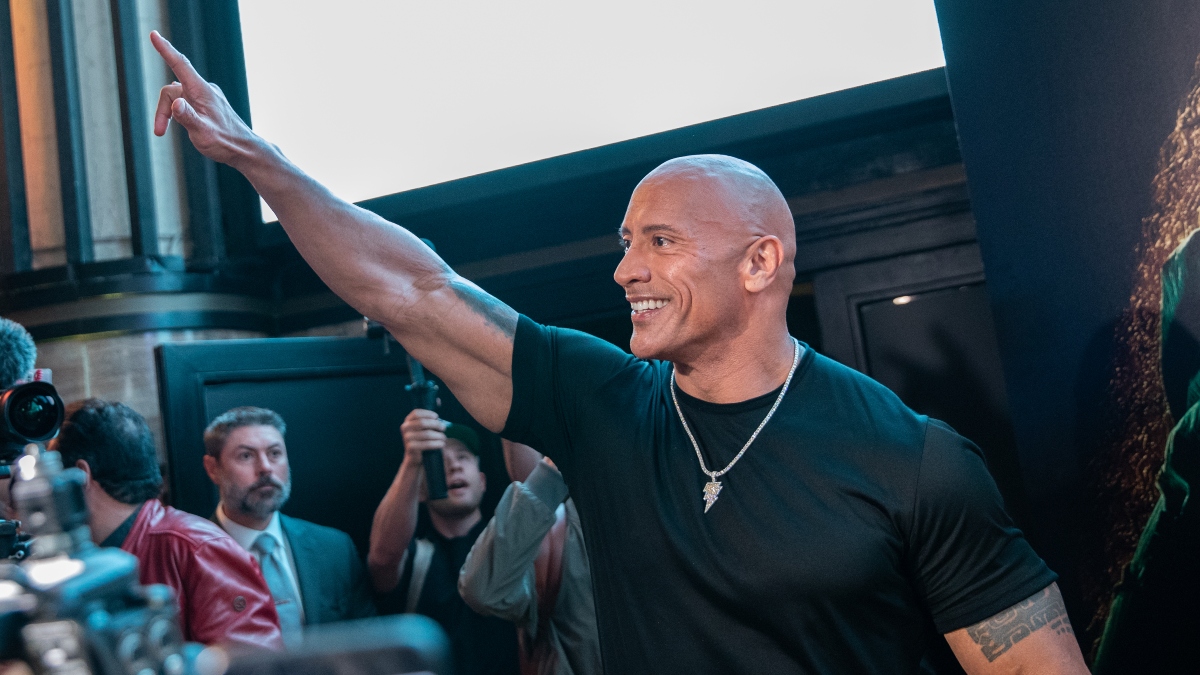 You might know him as Maui from Disney’s Moana, Luke Hobbs in the Fast & Furious franchise or from his fruitful wrestling career as “The Rock” under WWE, but what you might not know about Black Adam star Dwayne Johnson is that he’s able to use ‘the force,’ as seen in the Star Wars saga. Well, not really, but he certainly pretends.

Like the rest of us, Johnson has a lot of everyday paperwork to get through when he’s not on camera, and unsurprisingly, he also finds ways to procrastinate — like the rest of us. Sharing a snippet of “a day in the life of” on his Instagram, The Rock demonstrates how one can use ‘the force’ to complete one’s pesky paperwork. There’s only one minor snag: he can’t actually use it.

In a short clip, Johnson settles at his desk on his private jet (an environment that encourages procrastination) and films himself attempting to use ‘the force’ but to no avail. Maybe he was doing it wrong? Someone needs to tell The Rock that his signature smolder isn’t the missing ingredient to unlocking the secrets of ‘the force.’

Today, the force says “you do it yourself,” according to Johnson’s hilarious caption, which also mentions that while he works, he listens to John Williams’ scores. He claims that “it’s super fun and productive.” For those who might not be aware, Williams is responsible for composing scores for several blockbuster films, including the Star Wars saga, Jaws, Close Encounters of the Third Kind, Superman, E.T. the Extra-Terrestrial, and the first two Home Alone films, among others. There’s a nice tie-in to the Star Wars universe there, which we can assume is entirely intentional.

In 2022, Johnson prioritized the DC universe, taking starring roles as Krypto in DC League of Super-Pets and Black Adam in the Shazam! a spin-off of the same name. His filmography isn’t terribly stacked for 2023, but Johnson has wrapped filming on the action-adventure Christmas flick, Red One. There’s also the matter of his Fortnite character, The Foundation, who’s still going strong since 2021, but that’s an entirely different medium.