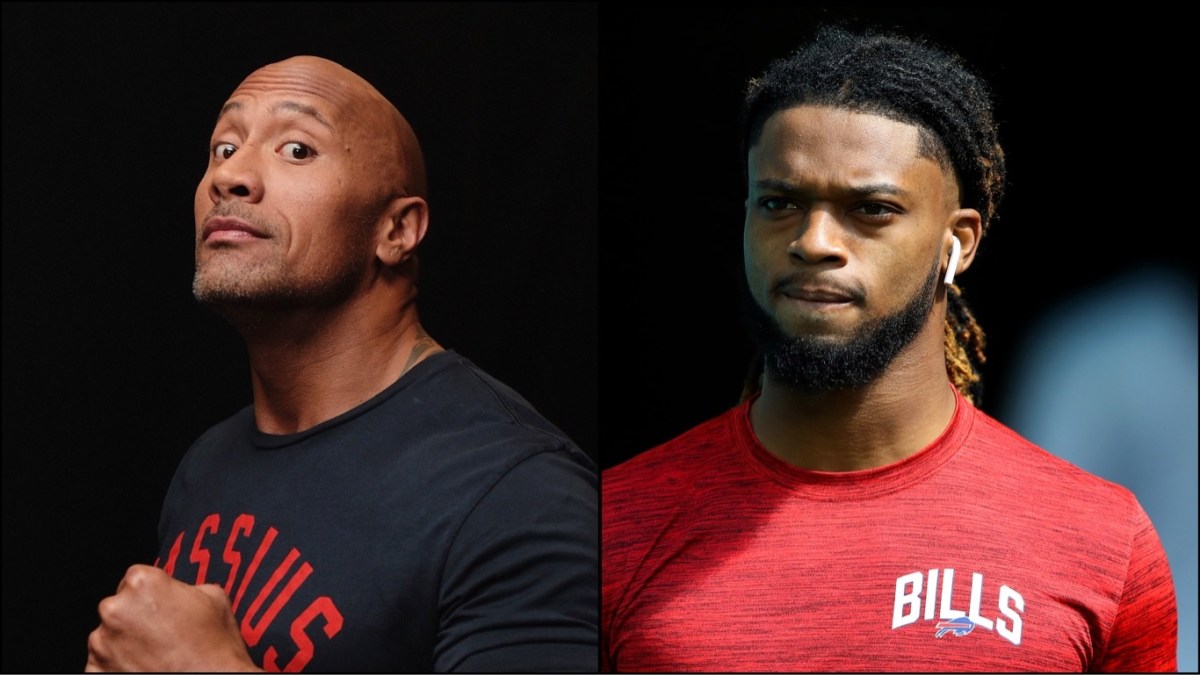 Dwayne Johnson is sharing an inspired and relatable sentiment after hearing about the first interaction Damar Hamlin shared with doctors upon his miraculous wake-up Wednesday evening. Hamlin’s name has been on the forefront of the minds of sports fans everywhere since Monday evening. In fact, his name has been spoken in circles where entertainment fans aren’t even incredibly invested in football.

When Hamlin was injured after a would-be routine play, the world seemed to pause for a few moments while we all waited on bated breath for Hamlin to take his next one. He was resuscitated on the field and taken immediately via ambulance to UC Medical Center, where a team of doctors led by Dr. Pritts and Dr. Knight worked tirelessly to stabilize him and boost his odds of survival.

Johnson’s inspiration comes from the beautiful story of how Hamlin woke up last night and the first question on his mind. He can’t talk yet, as he still needs assistance via a breathing tube, but he wrote a query to doctors, and it was the most pressing matter on his mind at the time. His three-word question immediately pulled at the heartstrings of everyone who saw the news as it broke.

Hamlin’s tackle happened early in the first quarter, and the question he asked is putting tears in our eyes for several reasons: one, he is cognitively functioning enough to realize that he was injured in a game. He wanted to know if his team went on to victory. Two: he is unaware that his team was so emotionally affected that they could not take the field to continue playing.

How did doctors respond to Johnson’s question? In the best possible way, telling him that Hamlin did win: he won in the way any of us would hope to win, and he got another chance. He gets another chance.

Hamlin still has a road of recovery ahead of him, but it’s a testament to everyone involved in his care that he has the chance to get better and a nod to who he is as a person that he’s fought so hard not only to survive but to thrive.

In addition to his own strength, we have a feeling that when Hamlin realizes the way, not just his team and the Cincinnati Bengals came together, but the NFL as a whole and people around the world came together to support him, donate to a charity close to his heart, and keep his name in their prayers.

Johnson says it best; we’re all sending him our love and strength. Here’s to you, Damar Hamlin; we’re all rooting for you.