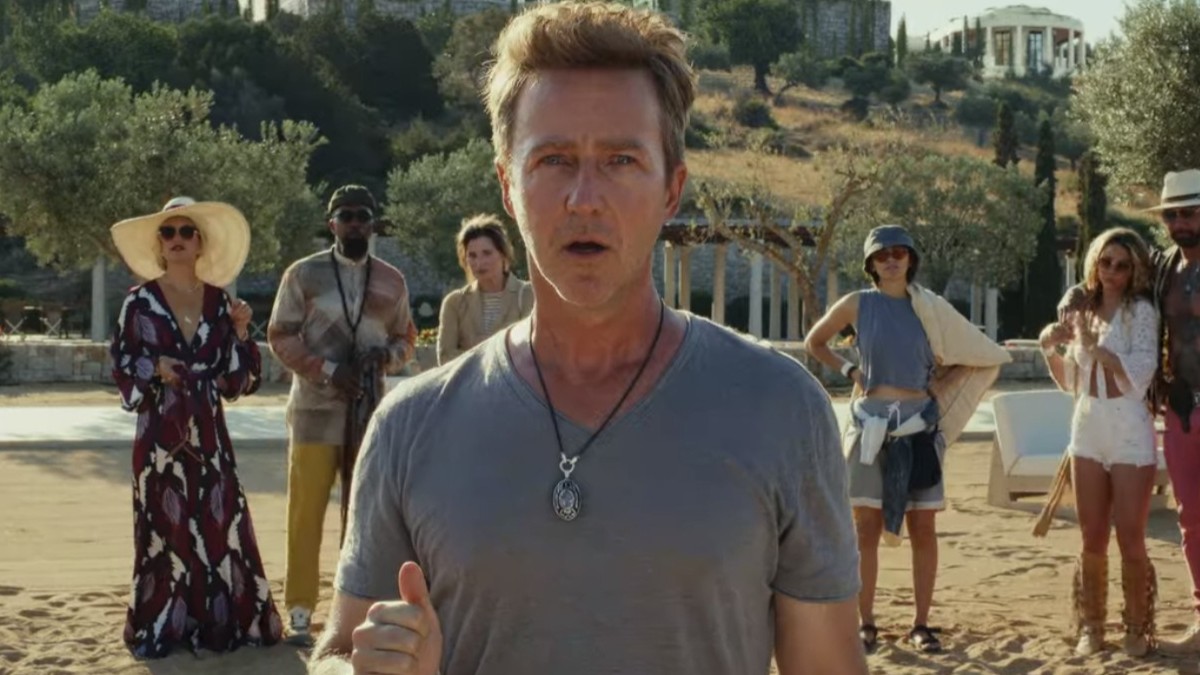 So it turns out that Edward Norton‘s family history is practically right out of a Disney movie. Or at least the real-life inspirations for one. An upcoming episode of the PBS documentary series Finding Your Roots reveals that Norton, who is currently riding high on the success of Netflix’s Glass Onion, has an ancestor even more famous than the Incredible Hulk actor himself — Pocahontas, the daughter of the 17th-century Algonquin leader Powhatan.

A clip from the upcoming season of Finding Your Roots shows historian and host Henry Louis Gates Jr. informing Norton that his familial tie to the legendary indigenous captive, a belief long held by Norton’s family, is indeed true. “Pocahontas is indeed your 12th great-grandmother. I understand that was family lore, well, it is absolutely true,” Gates informs a stunned Norton, adding, “You have a direct paper trail, no doubt about it, connection to your 12th great-grandmother and great-grandfather John Rolfe and Pocahontas.”

Gates then alludes to Pocahontas’ tragic history, noting that she wed Virginia plantation owner John Rolfe in Jamestown settlement of the Virginia colony in 1614 before later traveling to Rolfe to England, where she died shortly after reaching Gravesend in 1617 at the age of 21. Pocahontas had been captured and held ransom by the Jamestown colonists during the First Anglo-Powhatan War. She was baptized by the colonists before meeting Rolfe.

“Yeah turns out Pocahontas is my 12th great grandmother, I guess disruption runs in the family” pic.twitter.com/6WFEpLPlFT

Pocahontas is famously associated with the colonist and future colonial governor John Smith. Their relationship, now considered by most historians to be apocryphal at best, has been the subject of several romanticized fictional accounts, including the 1995 Disney film Pocahontas. Their “relationship” was largely based on a questionable account of Smith regarding his own capture by Powhatan, in which she bargained for his life with her own. It’s now regarded as just the kind of huge whopper Norton’s Glass Onion character, Miles Bron, would try to pass off as actual fact.

The season premiere of Finding Your Roots, featuring Edward Norton, will air on PBS Friday evening at 8pm EST.