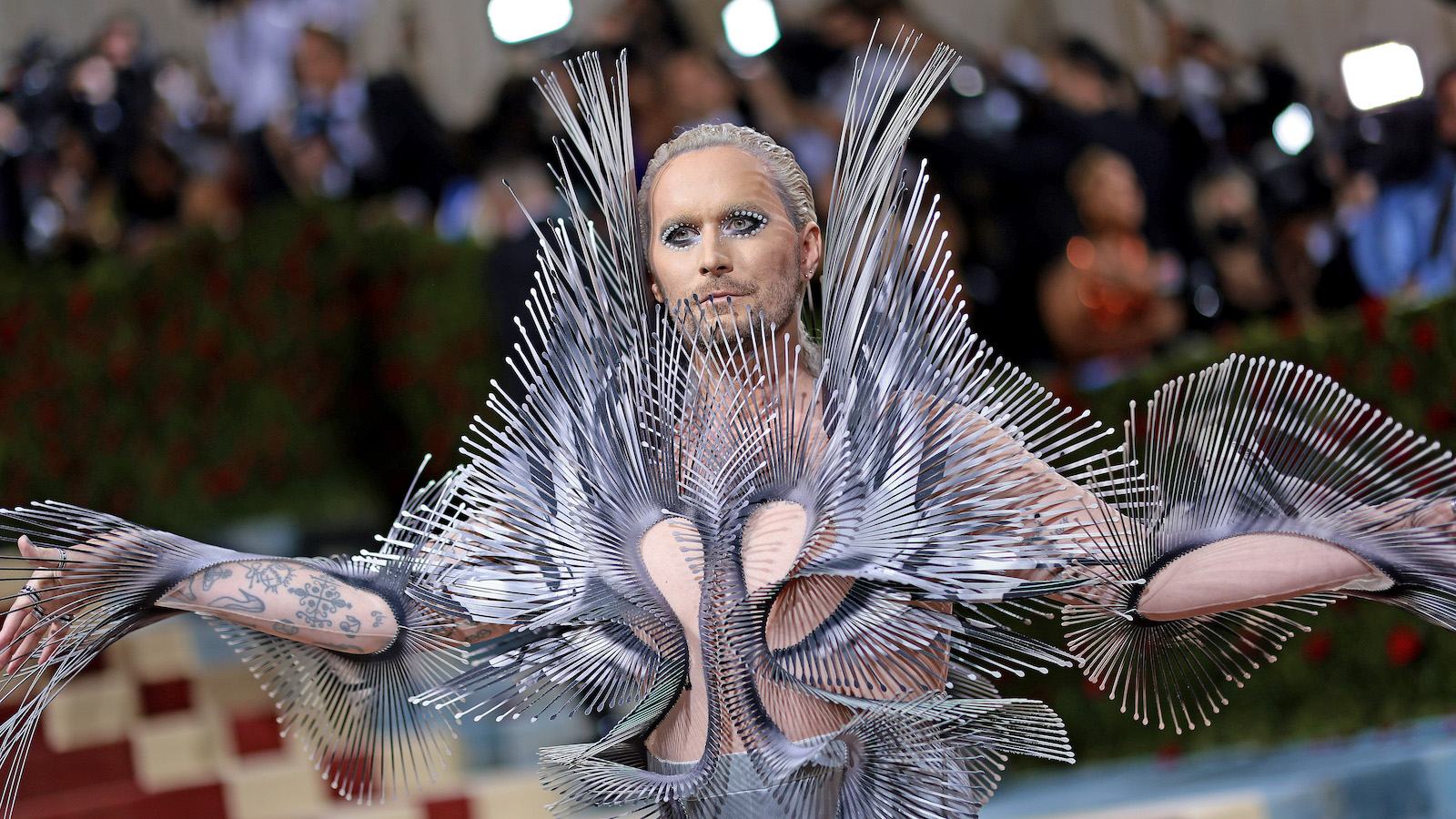 Jared Leto, character actor who wants you to know he is a character actor, is a self-fashioned cipher, for sure. He is also the kind of guy who might send a fake Jared Leto down the Met Gala red carpet covered in what appears to be space Q-Tips.

And maybe he did, as a dude beside Leto walked down the most elite red carpet fooling plenty of people into thinking he is, in fact, the actor.

Few details are known as of yet, but Leto is a frequent Gucci spokesmodel, and the brand previously provided the actor with a fake severed head in his likeness to accompany him down the Met Gala red carpet in 2019. Perhaps the gang took things a step further this time, but for now, it’s unclear who exactly is in on the gag. Getty Images was fooled, however, publishing and then deleting photos identified as Leto.

The fake Leto looks like a gilded porcupine bred with a mermaid, so you can understand why people were fooled into thinking it may have been the Suicide Squad actor. The imposter topped off the look with a combination of gloves and jewelry that makes you pray the rhinestones around his eyes aren’t itchy because scratching them could lead to enunciation.

Whatever the case, the look has people thinking fondly of the items in their medicine cabinets and toolboxes, from nasal swabs to scalp massagers.

But maybe understanding shouldn’t be the goal. I bet you’re not thinking about Morbius right now.