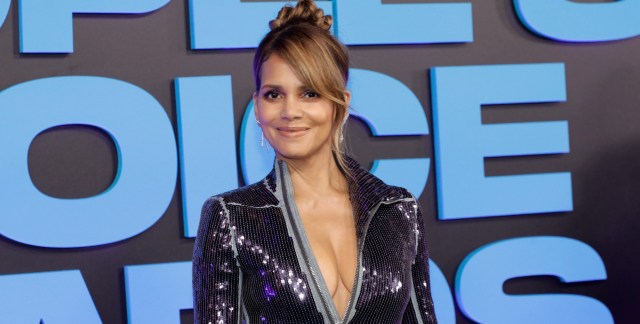 Happy Halle Berry Day, everyone! The groundbreaking star turned 56 years old today, and to celebrate, let’s take a look at some of her most memorable performances.

Your teenage crush just turned 56, Gen-X. How old do we feel now? With a timeless grace and beauty that defies Father Time, the glamorous star of the 1990s and 2000s was trending on Twitter Sunday as fans worldwide shared birthday wishes across social media.

These days, younger fans tend to connect her with Catwoman and worst-movie lists, but ‘90s kids remember her as a bona fide superstar. While she was worshiped as a goddess for her stunning looks, the former Miss USA contestant came into her own as an actress in the early 2000s. Over her career, she has assembled an impressive resume that includes numerous accolades, including an historic Oscar win.

To commemorate Berry’s special day, let’s take a look at five of her most famous roles.

Although Berry had been on the public radar prior to Monster’s Ball, this was the role that catapulted her to superstardom. The film boasted an impressive cast, and she co-starred alongside Billy Bob Thornton, fresh off his two Academy Awards, and future Oscar-winner Heath Ledger. As IMDB describes the film: “After a family tragedy, a racist prison guard re-examines his attitudes while falling in love with the African-American wife of the last prisoner he executed.” Berry won an Oscar for Best Actress at the 2002 Academy Awards for her portrayal of Letitia Musgrove, making her the first African-American woman to receive the honor. In fact, she remains the only African-American to win the coveted award.

While critics loved the flick, giving it an impressive 85 percent Fresh rating on Rotten Tomatoes, audiences scored it a lower 67 percent. Still, this marked the high point of her career, so Monster’s Ball deserves recognition.

Marvel fans will always remember Halle Berry as the X-Men’s Storm. When she was first cast in the role, many X-fans had already pointed to her as the perfect choice. Seeing her bring Ororo Munroe to life alongside Hugh Jackman’s star-turning performance as Wolverine helped send 2000’s X-Men to box office dominance, thus laying the groundwork for the future MCU. She would go on to play Storm in X2: X-Men United, X-Men: The Last Stand, and X-Men: Days of Future Past. As Marvel Studios prepares for the MCU’s mutant invasion, Berry’s fans are hoping to see her make a return to the role.

Berry was one of several celebrities featured in the documentary, Lost in America. Naturally, there is no real star of this movie, which focuses on the issue of youth homelessness in the United States. It is a topic that holds a special place for Berry, who told People in a 2016 interview she once lived in a New York City homeless shelter. “It was rough,” she said.

The movie is Berry’s highest rated on Rotten Tomatoes, scoring 100 percent with critics (although we should note there were only seven reviews) and 91 percent with audiences.

It was only fitting that Berry star in and executive produce the biopic of another groundbreaking movie star, Dorothy Dandridge. The role is especially important in light of Berry’s 2002 Oscar win since Dandridge was the first African-American to be nominated for Best Actress. The HBO film chronicles Dandridge’s story as she rises from a humble nightclub singer to Hollywood starlet. On her way to her 1955 Academy Award nomination, she faced the trials of stardom, a path made all the more perilous due to the racism and sexism of the time. Berry would win a Primetime Emmy and Golden Globe for her performance.

Berry would again receive critical and audience praise for her work as Janie Crawford in the television film Their Eyes Were Watching God. Based on Zora Neal Hurston’s revered 1937 novel, the made-for-TV movie was produced by Oprah Winfrey’s Harpo Productions, and Winfrey tapped the versatile Berry to star. It proved to be an excellent choice as Berry’s performance netted several Best Actress nominations, including those from the Golden Globe Awards and the Primetime Emmy Awards.

In the late ’80s and early ‘90s, Spike Lee was one of the up-and-coming directors who shone an artistic light on African-American life, typically in Brooklyn, New York. Two years after his Oscar-nominated film, Do the Right Thing, he tackled interracial relationships with Jungle Fever. Berry may not have been the film’s star, but her role as Vivian was another early standout performance that helped her become the star we know today.

Yes, this is a forgettable romantic comedy. In the early ‘90s, Eddie Murphy was still clinging to his 1980s’ fame, and audiences were less than impressed with his run of movies around that time. What makes Boomerang worth a second watch is the cast, which featured many talented performers of color, including Martin Lawrence, Robin Givens, David Alan Grier, Eartha Kitt, and a young Chris Rock. Among those famous names, we also find Halle Berry in her breakout role as Angela.

To round out today’s list, we have to mention one of Berry’s most memorable roles as Jinx. While it is far from her best movie (critics slapped it with a 56 percent Rotten rating; fans were less impressed, scoring it 41 percent), she was once again the standout performer of the James Bond flick. This film attempted to take Agent 007 back to his Sean Connery 1960s roots with more over-the-top fun. As always, Bond, played by Pierce Brosnan, needed a new romantic interest and co-conspirator. The red-hot Berry was a popular choice as DAD’s “Bond girl,” and fans still connect her with the part.