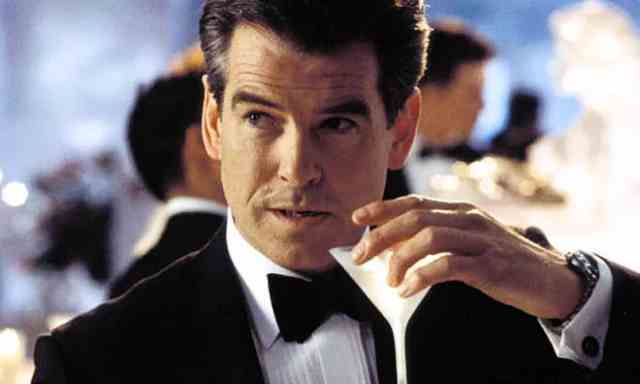 Shake a martini (don’t stir it) and put on your favorite 007 movie to celebrate James Bond Day. Who’s your favorite Bond? If it’s Pierce Brosnan, boy do we have a treat for you. Before he was an international super spy, Brosnan heroically saved a group of people from an exploding clown.

In the 1992 action movie Live Wire, Brosnan plays bomb disposal expert Danny O’Neill. He’s tasked with solving the mystery of why people are seemingly spontaneously exploding in public places. In a scene that probably snagged him the Bond role, we get to see Brosnan save a crowd from a clown.

Not just any clown either, but a clown that’s about to blow up in a spectacular way. Take a look.

So much magic in this clip. Let’s pour one out for the clown, who does his best to act like he’s about to explode by.. having a seizure? The fewer questions the better. Even better are Brosnan’s steel stare and heroic exploits. But the best thing about the scene? The masterful jump cut before the explosion.

Brosnan also employed an American accent for the film, which is also fun. Commenters on Twitter also pointed out that the robot we see for a second was actually a cast member of the film.

“The very worried-looking robot wasn’t just hired for the party, it’s an actual character throughout the whole film and its name is Madonna. This movie has it all,” said Colin Cunningham. Cunningham also graciously shared the movie’s Rotten Tomatoes score with us.