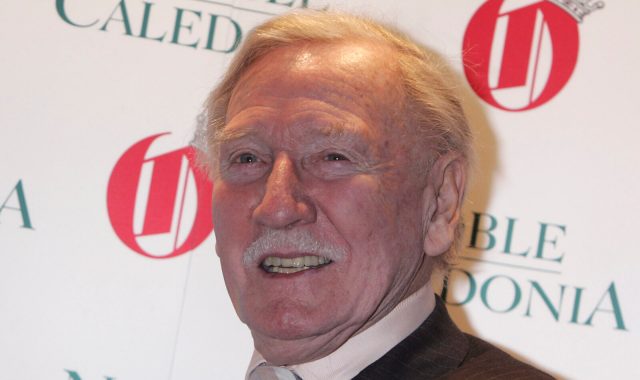 Veteran British actor Leslie Phillips has died at the age of 98, with his representatives confirming that he passed “peacefully in his sleep.” Phillips had a long and busy career, clocking up roles in over 200 movies, with his first way back in 1938 in the musical Lassie from Lancashire and going on to be a mainstay of classic British comedy series Carry On.

But a generation of moviegoers will be more familiar with Phillips voice rather than his face, as he provided the performance for the Sorting Hat in Harry Potter and the Sorcerer’s Stone, going on to reprise the role in Chamber of Secrets and finally in The Deathly Hallows Part II.

“I’ve lost a wonderful husband and the public has lost a truly great showman. He was quite simply a national treasure. People loved him. He was mobbed everywhere he went.”

That ‘national treasure’ status is well-earned, as he received an OBE from Queen Elizabeth II for his services to entertainment in 1998, with a CBE following in 2008.

A great gif of his performance as the Sorting Hat:

This is a lot for Harry Potter fans to process: