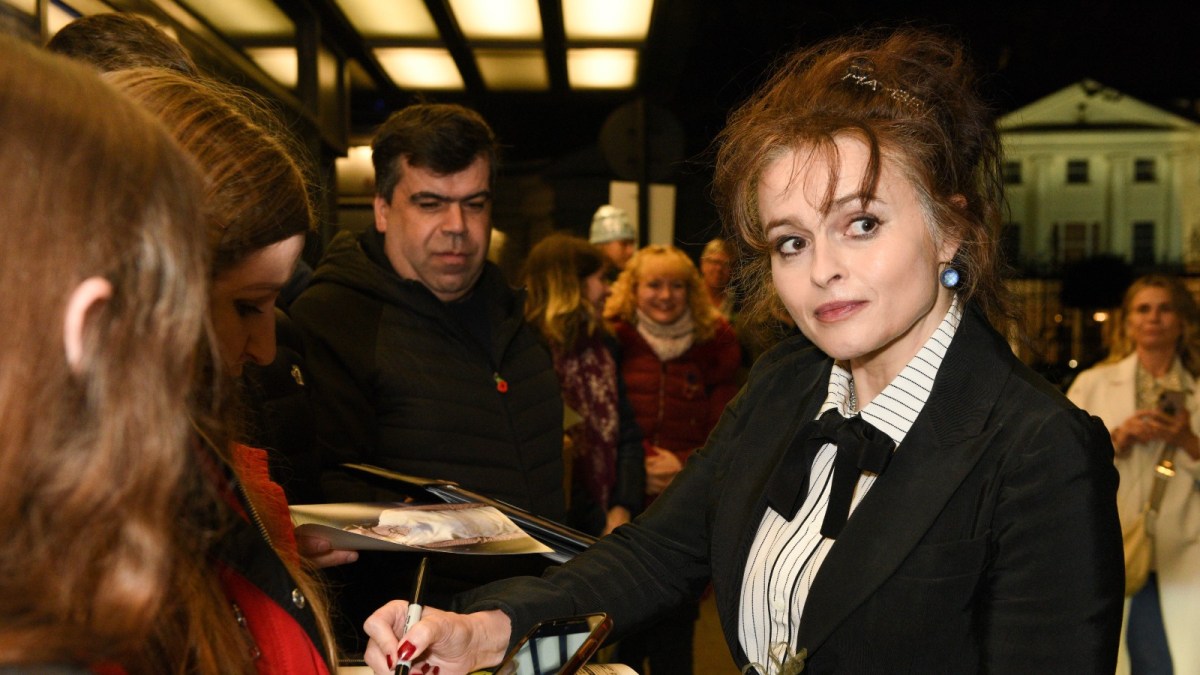 Helena Bonham Carter has left fans feeling divided after she voiced support for two controversial figures back to back — Johnny Depp and JK Rowling.

On the one hand, Bonham Carter said she found her Sweeny Todd co-star Depp to be “completely vindicated” from the allegations of domestic abuse leveled at him from his ex-wife, Amber Heard, following his defamation trial victory. And on the other hand, Bonham Carter also called the backlash against Harry Potter author J.K. Rowling for alleged transphobia, “horrendous” and “a load of bollocks.” Both of these statements were made during a recent interview she gave to The Sunday Times Magazine.

When it comes to Depp, a US jury ruled in favor of his lawsuit against Heard that claimed she defamed him by falsely accusing him of domestic abuse. On the other hand, that same jury ruled Heard was defamed by way of Depp’s ex-lawyer, Adam Waldman, claiming she staged a hoax. However, in a previous UK libel lawsuit Depp filed against the newspaper The Sun, a judge ruled that 12 out of the 14 allegations about Depp by Heard — including some instances of assault — were “proved to the civil standard,” according to The Guardian. Bonham Carter remarked on Depp’s situation,

“Oh, I think he’s completely vindicated. I think he’s fine now. Totally fine […] My view is that she got on [the #MeToo] pendulum. That’s the problem with these things — that people will jump on the bandwagon because it’s the trend and to be the poster girl for it.”

When it comes to Rowling, who has come under fire for what many have interpreted as transphobic remarks on Twitter and other media, Bonham Carter said she believes the author has been treated poorly.

“It’s horrendous, a load of bollocks. I think she has been hounded. It’s been taken to the extreme, the judgmentalism of people. She’s allowed her opinion, particularly if she’s suffered abuse. Everybody carries their own history of trauma and forms their opinions from that trauma and you have to respect where people come from and their pain. You don’t all have to agree on everything — that would be insane and boring. She’s not meaning it aggressively, she’s just saying something out of her own experience.”

However, Bonham Carter has stopped short of throwing her fellow Harry Potter co-stars — like Daniel Radcliffe, Emma Watson, and Rupert Grint — under the bus for their outspoken disapproval of Rowling’s sentiments.

“Personally I feel they should let her have her opinions, but I think they’re very aware of protecting their own fan base and their generation. It’s hard. One thing with the fame game is that there’s an etiquette that comes with it; I don’t agree with talking about other famous people.”

Fan reactions have been decidedly mixed about all of Bonham Carter’s hot takes, unsurprisingly.

When it comes to supporting Rowling, one fan on Twitter said Bonham Carter’s explanation about trauma being an excuse for the author’s view just doesn’t hold up to scrutiny.

Another commentator believed Bonham Carter did not actually say that her own views were aligned with Rowling’s, per se.

Still, support for the author amidst the controversy struck one Twitter user as a “gross” move on Bonham Carter’s part.

On the other hand, many Depp fanatics praised Bonham Carter for coming to the Pirates of the Caribbean actor’s defense.

However, not everyone believes Depp is so innocent and subsequently isn’t deserving of such defense from his Corpse Bride co-star.

You can currently catch Bonham Carter in the Netflix film Enola Holmes 2.