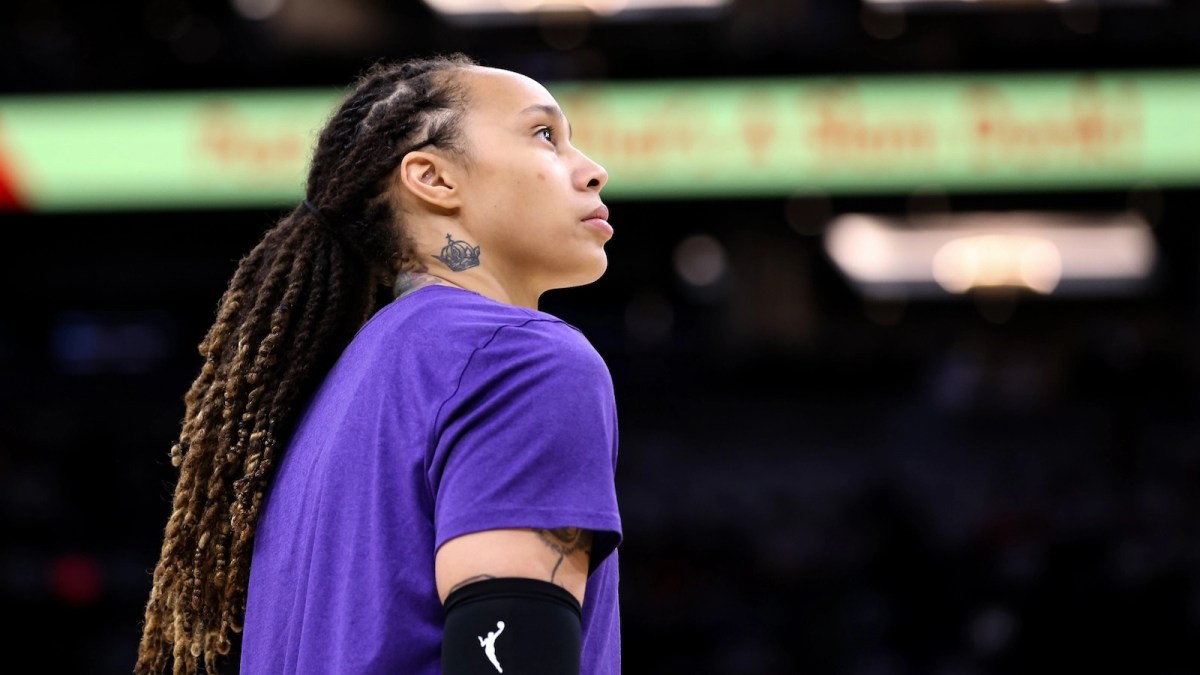 At long last, WNBA superstar Brittney Griner is now headed home on a plane to the United States after being detained in a Russian prison for nearly 10 months. Prior to Griner’s holding, the basketball megastar was one of the most popular competitors in the world, with her talents fully on display for the Phoenix Mercury. Along with her accomplishments on the WNBA team, Griner is a three-time All-American athlete, an Olympic gold medal winner, and the only NCAA basketball player to reach the success of scoring over 2,000 points and blocking 500 shots in her college career.

Aside from her accolades, Griner has been regarded as one of the most captivating modern athletes, especially due to her towering height and superlative stamina. However, the question surrounding Griner’s staggering height still intrigues basketball fanatics all around the world. So, let’s take a concrete look at Griner’s impressive stature.

How tall is Brittney Griner?

Hold onto your hats, because the premiere basketball center rings in at an unbelievable 6 feet 9 inches (206 cm), which makes her one of the tallest female athletes in basketball. Due to her massive height, Griner is able to utilize her skills to block shots, gain necessary rebounds for her team, and dominate opponents in the paint. However, make no mistake about it, Griner’s talent stretches far past her height, and truly sits within her impeccable talent on the court.

Is she the tallest WNBA player?

While Griner’s height is one of the most impressive things about her, basketball fans will likely be shocked to learn that Griner is not the tallest WNBA player, although she has definitely secured herself a spot on the illustrious list. As it stands, the tallest player currently in the WNBA is Bernadett Határ at a jaw-dropping 6 feet 11 inches (2.10 m). Of course, Griner is right below the Hungarian star, but even Határ herself isn’t the tallest WNBA star.

In reality, the achievement of the tallest WNBA player still belongs to former basketball center Margo Dydek, who stood at 7 feet 2 inches, which undoubtedly speaks volumes for itself. Dydek unfortunately passed away back in 2011 after suffering a massive heart attack, but incomparable stature and excellent playmaking has completely cemented her legacy in the sport of basketball.