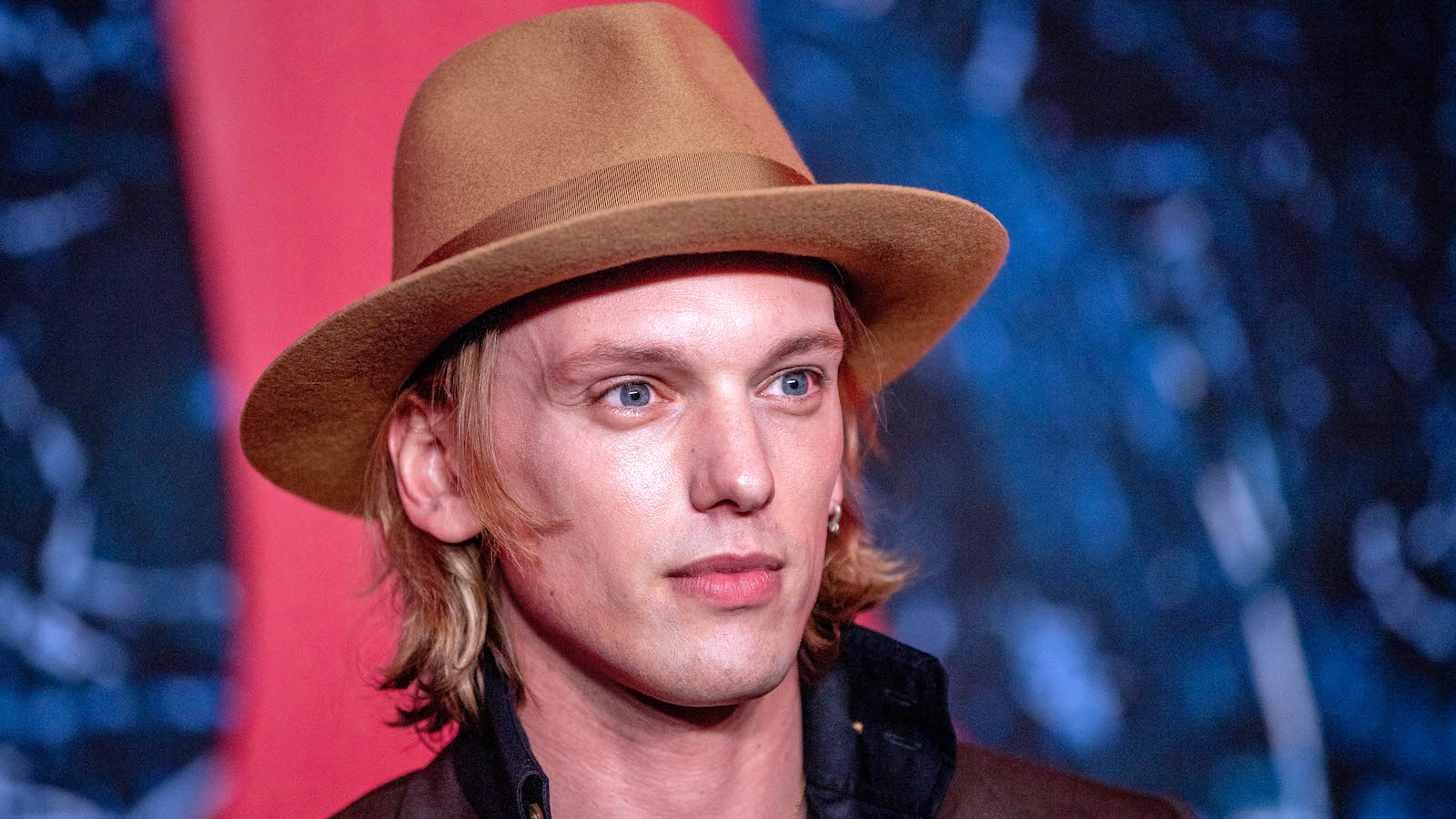 Jamie Campbell Bower has been around since the early 2000s but his recent role in Stranger Things season four is giving the British actor some brand new buzz.

Born and raised in London, Bower got his start in Hollywood when he was just nineteen years old in the movie Sweeney Todd: The Demon Barber of Fleet Street. He appeared in big franchises such as Twilight (2009 – 2012) and Harry Potter (2010), as the characters Caius and young Gellert Grindelwald, respectively; eight years later he even reprised the role of young Grindelwald in Fantastic Beasts and Where to Find Them: The Crimes of Grindelwald.

Movie adaptations from popular novels seem to be the ace up Bower’s sleeve because in 2013 he even played the handsome Shadowhunter, Jace, from The Mortal Instruments: City of Bones, a young adult series written by Cassandra Clare.

Bower’s projects since 2020 have been relatively slim, likely due to the pandemic, but also because he was busy working on Stranger Things season four, which was filmed back in 2020. When the premiere of Vol. 1 aired on May 27, Bower officially became part of two jaw-dropping, gasp-worthy moments in film and television history.

The first is from his role as Caius in the Twilight saga. The jaw-dropping moment in question is of course the battle that wasn’t a battle in Breaking Dawn Part 2. The second jaw-dropping moment is the three-part reveal in Stranger Things Vol. 1 in which we learn Bower’s character is not just the orderly at Hawkins Lab, but also Number One. And not just Number One, but also Henry Creel, the son of Victor Creel and the reason Dr. Brenner (Matthew Modine) created the Rainbow Room and the gifted children in the first place. If that wasn’t enough, we also learned he is Vecna, the demon-like monster from the Upside Down who is hell bent on hunting all the vulnerable souls in Hawkins and taking down Eleven.

But Jamie Campbell Bower is known for more than just Twilight and Stranger Things. The British actor is also a musician and was the lead singer of the band Counterfeit. Now that Stranger Things isn’t taking up his time, he has returned to making music, releasing his single “Run On” shortly after the show’s premiere — this time as a solo artist.

Even though his name has been associated with some of the biggest movies and TV shows in history, Bower is receiving some fresh attention due to his time on Stranger Things. Fans of the actor marveled at the talent he brought to the show and are eager to learn more about him. So, here’s everything you need to know about Jamie Campbell Bower, from his net worth, to his age, to his social media channels.

What is Jamie Campbell Bower’s net worth?

Fourteen years in the industry will do wonders to anyone’s net worth. Bower’s net worth is a testament to that. As it stands, he is worth $3 million, according to Celebrity Net Worth. A chunk of that likely comes from his film and television history, but music and modeling have also probably played a part. The salaries for the Stranger Things cast of season four has yet to be announced but previous earnings paint a picture of how much Bowers might have walked a way with.

The core cast members, “Finn Wolfhard (Mike), Gaten Matarazzo (Dustin), Caleb McLaughlin (Lucas) and Noah Schnapp (Will) made $250,000 per episode in “Stranger Things” Season 3,” according to International Business Times. Millie Bobby Brown scored $350,000 per episode in season three. Due to season four’s record-breaking popularity, it’s safe to assume those numbers increased this season, or will surely increase for season five.

As a newcomer, Bowers was likely and understandably paid less than the core cast, but as a pivotal part in the season four, it’s not unreasonable to assume he made more than just $10,000 per episode. In season one, David Harbour (Jim Hopper) and Winona Ryder (Joyce) made $80,000 and $100,000 per episode, respectively. As a relatively established actor himself, Bower might have received something within that ballpark or a little less. Until the official numbers are released, it remains speculation. His character(s) starred in all nine episodes of season four.

What is Jamie Campbell Bower’s age and height?

Bower was just 19 years old when he starred in Johnny Depp’s Sweeney Todd: The Demon Barber of Fleet Street. He was 21 when he first appeared as Caius in the Twilight saga, and 22 in Harry Potter. Now, over a decade later, he is 33 years old and still starring in Hollywood’s biggest roles. For those who adhere to zodiac signs, his birthday is November 22, 1988, which makes him a Sagittarius.

On camera, height is basically irrelevant, as any actor can be made to appear taller or shorter in post production. On the theatrical stage, however, a place where Bower spent some of his early years, a person’s height is on full display. According to Bower’s theatrical agency, Dalzell & Beresford Ltd, the British actor stands at an impressive six feet tall.

His height undoubtedly helped bring his Stranger Things season four character to life. If you’ve seen the season, you know what we mean. If not, well, let’s just say he’s superb.

Where to follow Jamie Campbell Bower on social media

After Stranger Things, Bower raked in a whole new fanbase who are only now discovering the British actor’s remarkable talents. Whether you’re a loyal fan or a brand new one, here’s where you can find Jamie Campbell Bower on all of his social media channels.

Bower’s is largely active on Instagram where he promotes any show or movie he’s working on, new music he’s releasing, or photoshoots he’s been a part of. Similarly, he is also active on Twitter where he’s likely to post tweets about one thing or another, in addition to retweeting fans’ tweets. Lastly, he is also active on YouTube, where he predominantly promotes his music. Currently, he does not have a Facebook, Snapchat, or TikTok.