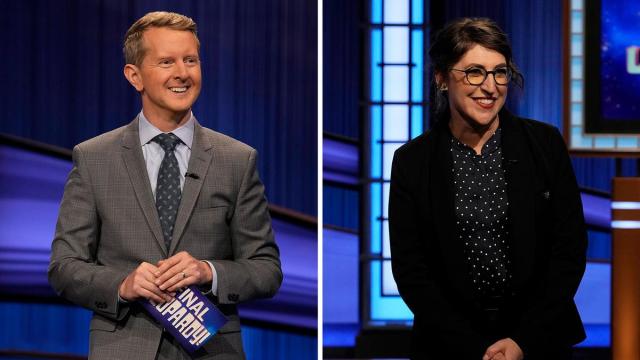 The news was made public via a statement by Michael Davies, the executive producer for Jeopardy!, which was published on the show’s website. Davies went on to explain that the sheer volume of Jeopardy! content planned for the future necessitates the hosting duties to be split between two people.

“The fact is, we have so much Jeopardy! to make, and so many plans for the future, that we always knew we would need multiple hosts for the franchise and we are just so grateful that Mayim and Ken stepped in and stepped up to put the show in a position to succeed.”

Davies further explained that Bialik and Jennings have absolutely hit it out of the park together, so far, saying “the show is considerably up in viewership year over year, with more than 27M viewers tuning in each week this season.”

Such a figure amounts to the beloved trivia show being “the most-watched entertainment show on all of television,” according to Davies.

In terms of the hosting schedule, it will be somewhat of a trade-off between the two hosts from time to time, with Bialik juggling her other primetime commitment with her Fox show Call Me Kat. As such, Jennings will host Jeopardy! from the beginning of the season in September through December during the much-anticipated Tournament of Champions. Meanwhile, Bialik will host Celebrity Jeopardy! in ABC’s primetime slot before taking over from Jennings for the main show in January 2023.

Longtime Jeopardy! host Alex Trebek sadly passed away in 2020 and it’s been a struggle to find his permanent replacement ever since. At one point, Mike Richards, a former executive producer of the show, was fired from hosting duties due to harassment allegations from the past that resurfaced.