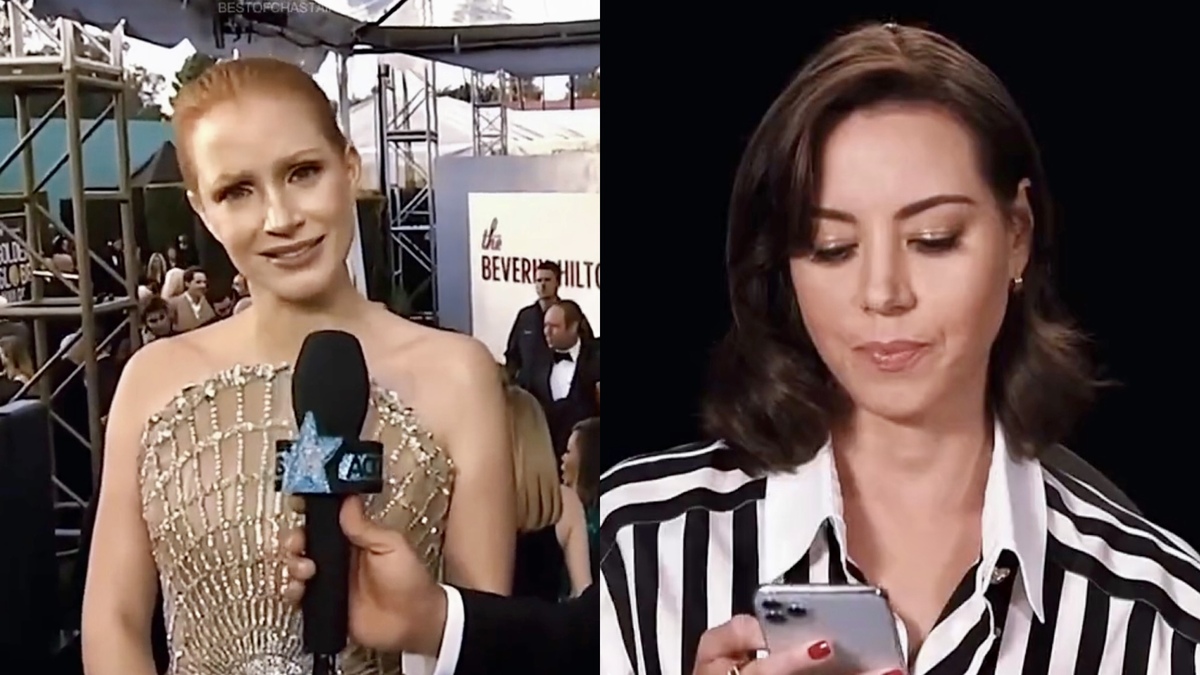 Thirst tweets can be received in a number of different ways by celebrities, and they usually result in some hilarious responses from these stars. There are people like Aubrey Plaza, who hilariously relishes the idea of the fun and exciting things that fans desire from her, and there are some like Jessica Chastain, who can’t help but show so much concern while reading the comments from thirsty fans.

In a now-viral video, both women’s priceless reactions have caused a ton of laughs on social media, with many fans clamoring for the duo to star in a project together and bring their separate energies to the big screen.

Another funny take from the entire video lies in the comments and quotes, as many fans claim to see themselves in both actresses, so while there are instances when it’s time to don a concerned look and offer a hug like Chastain, there’s always room for taking things up a notch like Plaza.

The duo has yet to appear in a film together, but the video sheds a perfect light on their contrasting personalities, which would make for a pretty amazing on-screen relationship and one that will no doubt interest many fans.

Chastain’s latest film roles include The Eyes of Tammy Faye, for which she snagged an Academy Award for Best Actress, as well as the ensemble-led The 355, and The Good Nurse. Plaza earned rave reviews for her titular role in Emily the Criminal, and she recently had a supporting role in the spy comedy,  Operation Fortune: Ruse de Guerre. Not to mention her buzzy role in season two of The White Lotus. A collaboration between the duo right now is simply a manifestation from the fans, but Plaza’s deadpan chops and Chastain’s ability to transform into any character would be a wonderful pairing.