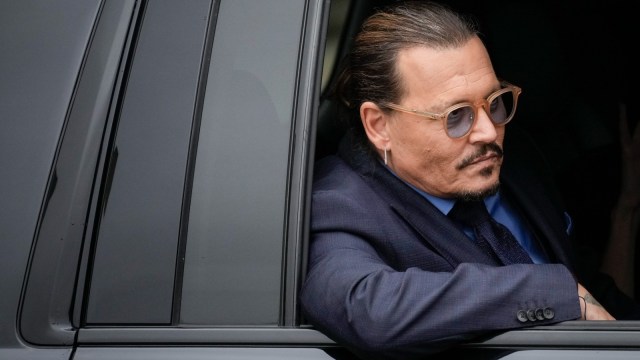 Johnny Depp fans are once again celebrating their idol and the fact that they’ve made his name trend on social media following a ruling by a judge that a verdict in his favor from a trial involving his ex-wife, Amber Heard, will stand as is.

On Wednesday, We Got This Covered previously reported about how Judge Penney Azcarate dismissed a motion from Heard’s team to commence a mistrial on the grounds of one of the jurors who served not being the original person who was summoned. The judge ruled no “fraud or wrongdoing” took place and ultimately said the jury’s judgment had to stand as originally issued. That means Heard will still owe Depp $10 million while Depp owes Heard $2 million, with the verdict being the two actors defamed each other.

Shortly after the Virginia judge’s reaffirmation of the verdict, Depp fans began celebrating the actor on social media, to the point where #JohnnyDeppKeepsWinning began trending on Twitter.

“Love seeing this 🔥” one fan wrote.

One Twitter user took the opportunity to celebrate Judge Azcarate herself, who has arguably had to endure some dizzying highs and lows throughout the trial.

Another fan shared a photo from Depp’s recent concert guest appearances with Jeff Beck to help celebrate the legal win.

Depp fans were also simply fixated on the trend itself and what it means to them more than anything.

After a six-week-long trial, the jury found that Heard defamed Depp in all three of Depp’s questions to the jury centering on a 2018 op-ed Heard penned for the Washington Post. Though Depp was not named in the article, the jury verdict was that Heard falsely implied he was a domestic abuser in the piece. Ultimately, the jury also sided with just one of several of Heard’s claims of being defamed, finding that Depp’s former lawyer falsely told the press that Heard staged a hoax at one point.

In a previous trial in the UK, Depp sued publishers of The Sun for libel after the tabloid wrote that he abused Heard but lost. The High Court of Justice found 12 out of 14 claims of violence to be “substantially true.” The trial, however, was not televised and therefore drew less media attention.