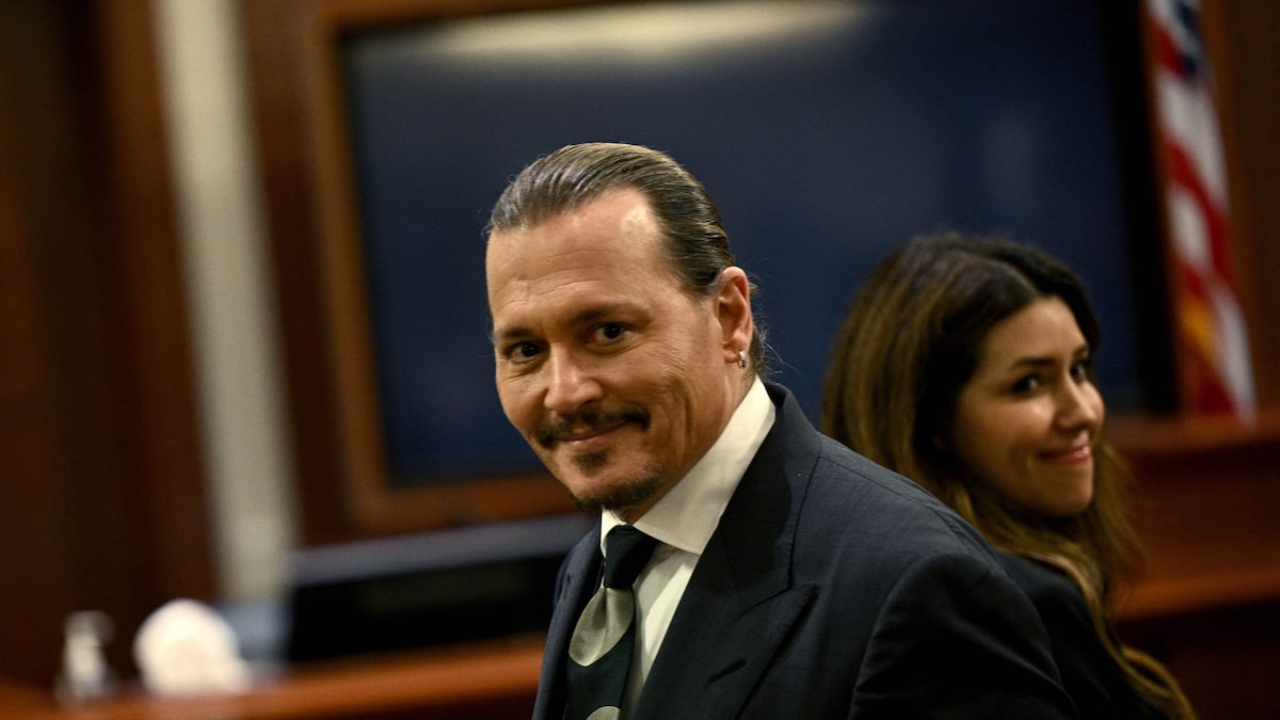 The Johnny Depp vs Amber Heard defamation trial is well underway and causing quite the stir as Depp sues his ex-wife for $50M on counts of domestic abuse charges, whereas Heard countersued with $100M and suggests that it was Depp who has been abusing her. Amidst all the commotion, Depp’s attorney Camille Vasquez has made quite the name for herself as a shining star in the ugly trial. Ever since Vasquez grilled Heard one-on-one in a grueling cross-examination, rumors have emerged that she and Johnny Depp are dating. These rumors were sparked after Depp and Vasquez allegedly embraced in the courtroom on Tuesday.

The 37-year-old lawyer is one of many Depp representatives, hailing from the Brown Rudnick law firm in Hartford, Connecticut. Meanwhile, the 58-year-old Pirates of the Caribbean actor — known for his gentlemanly demeanor — has been captured hugging Vasquez rather affectionately, leading to speculation that the two are dating behind the scenes.

On Wednesday, after another eventful day in the courtroom, Vasquez exited with the rest of Depp’s legal team. She was approached by many Depp fans who requested hugs and commended her on her valiant efforts to help Johnny Depp seek justice. As Fox News reports, a video has leaked that shows a cameraman asking Vasquez to address the speculation regarding herself and Depp. Paraphrasing the reporter, Vasquez was asked, “The people want to know; are you dating Johnny Depp?” The prosecutor merely laughed and neglected to respond. “It’s all over the internet. Can you set the record straight?” the cameraman insists, but Vasquez continues to address Depp’s supporters and interact with an adorable four-legged admirer.

In the absence of any concrete answer, plenty of Depp’s fans following the case have reached their own, obviously unfounded, conclusions.

A potential conflict of interest?

Unfortunately, as much as the fans want to see it, there appears to be little to no foundation to the claim and Vasquez apparently finds the suggestion laughable.