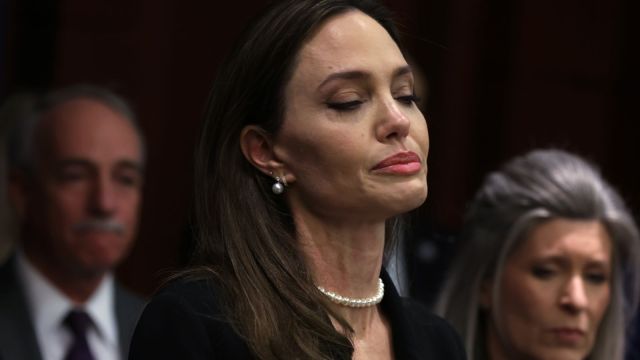 For us, it’s all been downhill for Jon Voight ever since he got eaten and then puked up by a giant snake in 1997 monster movie Anaconda. Well, now he’s back in a bizarre new video in which he encourages America to “wake up” and reinstall Donald Trump as President.

Even by the standards of your average right-wing rambling, this is weird stuff, with Voight warning of a third World War, saying that if you don’t vote Republican “the land will die”, intimating that there’s a “dark web” ensnaring the country, and warning of “unknowns, who know who they are”.

The crowning glory is describing Trump as “the one President who understood truth”. Uh-huh. Sure.

There’s also a lot of sympathy for Angelina Jolie, Voight’s daughter. She’s long had a fractious relationship with her father, who abandoned her mother and refused to pay child support. A couple of efforts at reconciliation followed, but Voight was pointedly not invited to her wedding to Brad Pitt and they’re not on great terms. Here’s how it’s going down:

There may well be other reasons, but we agree with this diagnosis:

Last week, the Trump Titanic crashed into the iceberg of electoral reality when the much-hyped ‘red wave’ failed to materialize at the midterms and multiple Trump-endorsed candidates lost their races. That’s led many Republicans to try and move past Trump and hope he doesn’t try for another run at the White House.

That may yet happen, but it’s beginning to look like this particular type of old angry guy is going to be left screaming (or in Voight’s case mumbling) into the void.