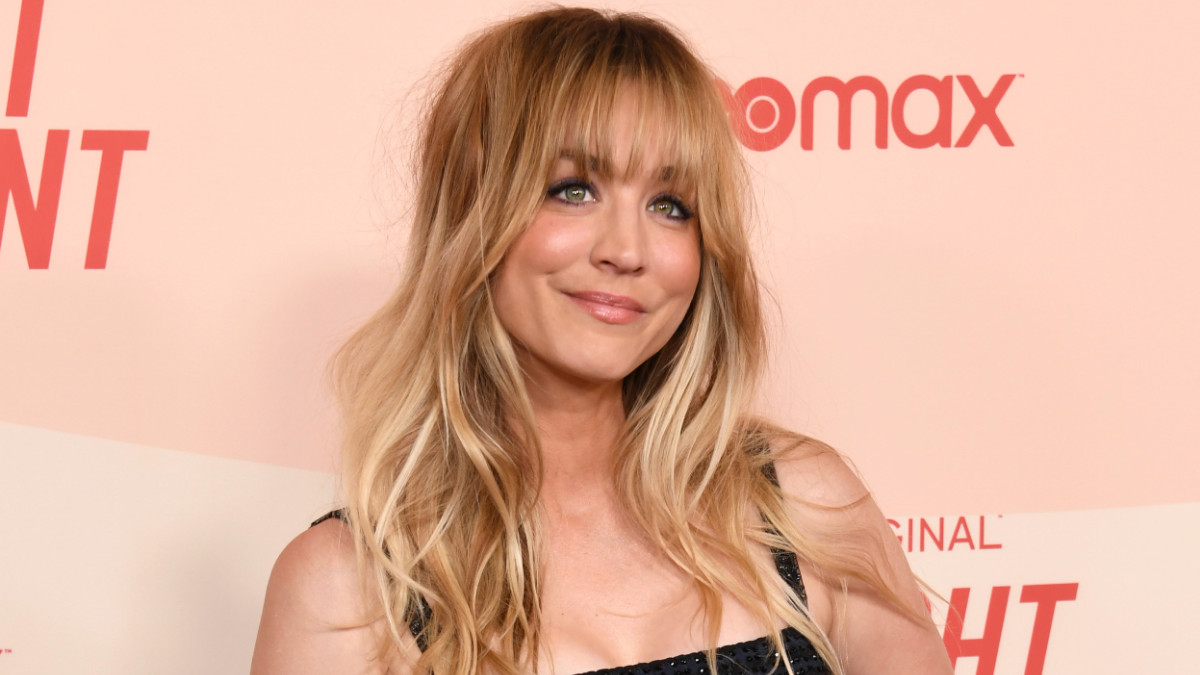 Kaley Cuoco graces the cover of this month’s Glamour ahead of the season two premiere of The Flight Attendant on April 21. But just as Cuoco’s star has been rising — she received her first Emmy nomination for her role in the first season of the HBO Max series, season three of the critically acclaimed Harley Quinn premieres later this year, and she’s starring alongside Pete Davidson in the upcoming romantic comedy, Meet Cute — the 36-year-old’s personal life took a hit.

Last September, Cuoco and her husband of three years, equestrian Karl Cook, announced their separation. At the time, the couple released a joint statement, saying: “Despite a deep love and respect for one another, we have realized that our current paths have taken us in opposite directions.”

The marriage to Cook was Cuoco’s second, after her first marriage to professional tennis player Ryan Sweeting from 2013 to 2015.

Unfortunately, the timing of the most recent split occurred just days before Cuoco had to begin filming the second season of The Flight Attendant, and the resulting stress caused her to break out in a rash that went from her lower stomach all the way down to her leg. In the accompanying interview, Cuoco says that the problem is that she’s always been married to her job and that maintaining a work-life balance will be key to future relationships.

However, while she admits eventually wanting to fall in love again, one area in which Cuoco refuses to budge is tying the knot for the third time, as she explained to the publication.

“I will never get married again. I would love to have a long-lasting relationship or a partnership. But I will never get married again. Absolutely not. You can literally put that on the cover. But I believe in love because I’ve had incredible relationships. I know that they’re out there. I like being someone’s partner and having that companionship. We’ve all been there where you think, Oh, my God, I’m never going to meet someone else. And you do. There are great people that come into your life and they leave your life. And there are reasons for all of it.

The minute that I agree to let it go, someone else magical comes into my life. So I do believe there is someone out there. I love love. I’m not someone that wants to be by myself. I just need to figure out my priorities a little bit and make sure now I know that I need to water that relationship.

Cuoco continued, comparing a relationship to a plant. “Sometimes I get too focused on the garden instead of the specific plant that needs to be watered,” she explained. “And I am well aware of that. I want to change, I want to be better.”

Helping her with that change, Cuoco said, has been going to therapy for the first time in her life. “I think that’s been the hardest thing is just accepting that I’m normal and that I’m not superwoman,” she shared. “I highly recommend therapy to everyone out there. Even if your life is going really well. I can’t imagine life without it.”