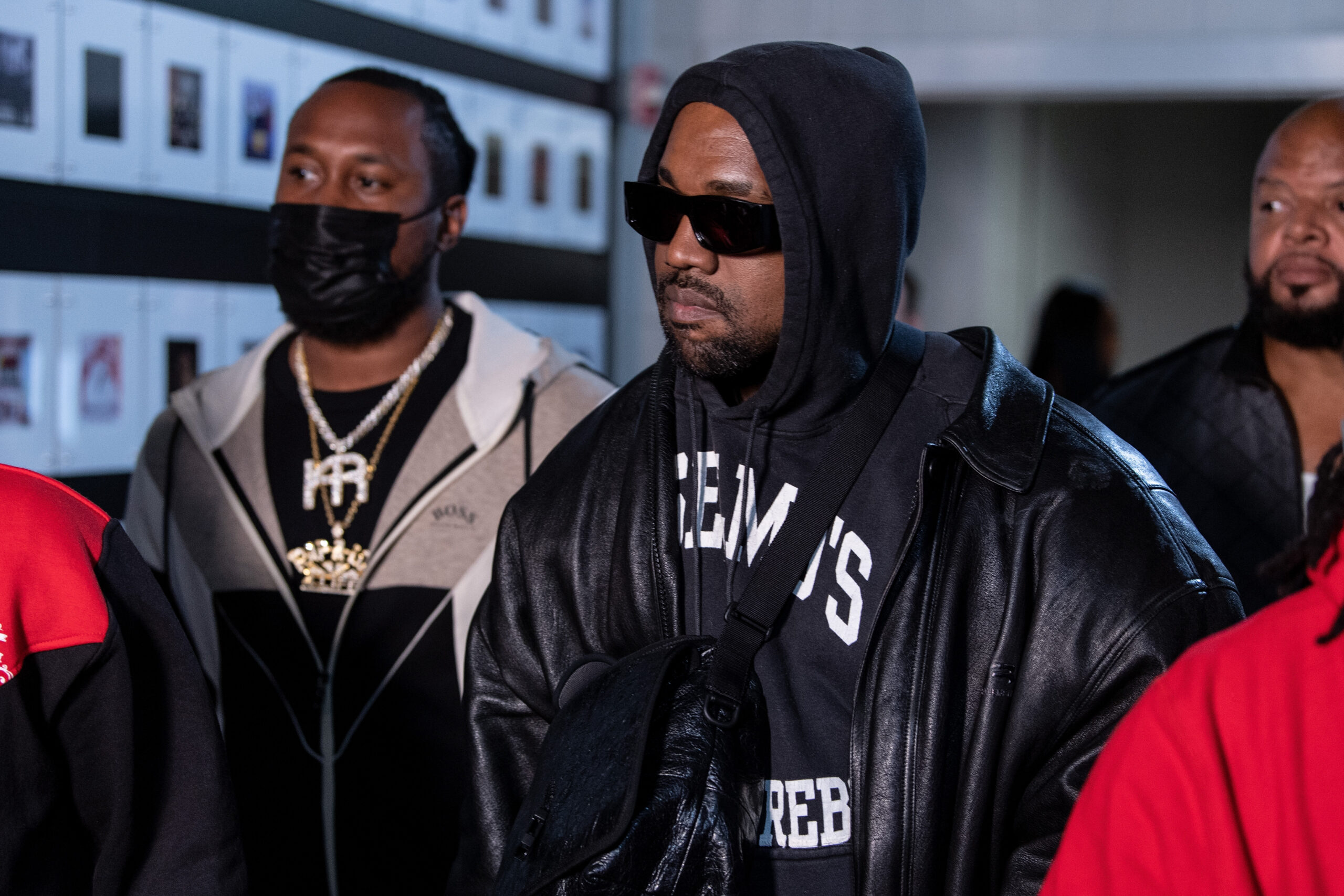 ATLANTA, GA - OCTOBER 23: Ye arrives to the arena for the fight between Jamel Herring and Shakur Stevenson at State Farm Arena on October 23, 2021 in Atlanta, Georgia. (Photo by Brandon Magnus/Getty Images)

After weeks of silence, Ye — the rapper formerly known as Kanye West — has posted to his Instagram, accusing Adidas of ripping off a Yeezy shoe design.

In a post that is just the second to his Instagram after becoming active again, Ye shared a look at the recently released Adidas Adilette shoes that were extremely popular on release, calling them “fake Yeezy”.

Starting the post with “This is Ye”, the award-winning artist continued by stating that he won’t stand for “blatant copying” anymore.

“To all sneaker culture, To every ball player rapper or even if you work at the store. This is for everyone who wants to express themselves but feel they can’t cause they’ll loose their contract or be called crazy. Bravery is not not being afraid Bravery is overcoming your fear for your truth. This Ye with the blue paint on my face. These shoes represent the disrespect that people in power have to the talent. This shoe is a fake Yeezy made by adidas themselves. I’m not talking to DC about this either Kasper come talk to me Happy Monday”

Adidas’ new shoes do share similarities to the popular Yeezy Slides — a shoe that was also released by the footwear brand. Yeezy signed a deal with Adidas in 2013 and the two entities cemented a long-term contract two years later in 2015.

It isn’t clear if Adidas CEO Kasper Rorsted has reached out to Ye yet as he requested. Right now, the artist is yet to share any follow-up to his original post.