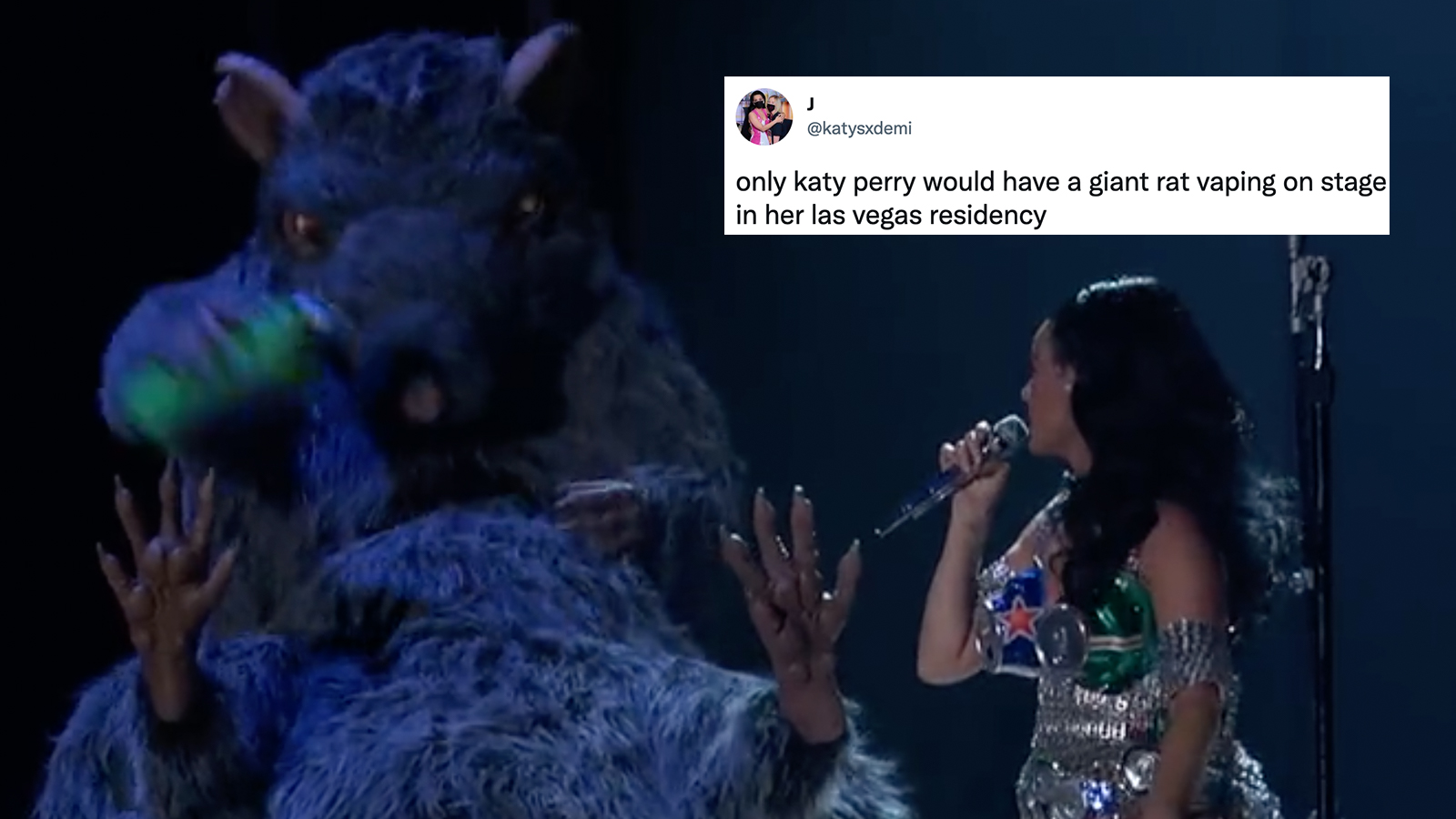 Queen of showing her quirky and goofy side Katy Perry just revealed she’s adding a vape-smoking rat puppet named Ratso to her live shows because sure, why the hell not I guess?

Perry announced the news in an Instagram post earlier today. The cheeky creature will be a main stay on her Las Vegas show PLAY and replace Mr. Masky, the talking surgical face mask.

Legendary voice actor, theater performer and writer Harvey Fierstein will voice the loveable rodent which is A+ casting IMO. Fierstein has a distinct raspy voice that’s perfect for playing a wheezy sewer creature with a bad cough. He famously played short and punchy Yao in Mulan.

According to a fan’s video of the performance, Perry and Ratso make a bunch of rat-themed puns on stage as Fierstein puts on his thickest New York gangsta accent.

“Look at dat — I’m a rat! I’m appearing with Katy Perry in Las Vegas!!! I think they really captured me, don’t you?”

One user on Twitter noted it wasn’t at all surprising to see Katy Perry bring out a vape-smoking rat on stage after all the wild characters she’s performed with on stage, and the camp outfits she’s worn. I mean, who could forget the time she dressed up as a giant head of lettuce, a burger or toilet paper roll?

“Only Katy Perry would have a giant rat vaping on stage in her Las Vegas residency,” tweeted one fan.

Perry began her Las Vegas show in December last year and it will run till October this year.