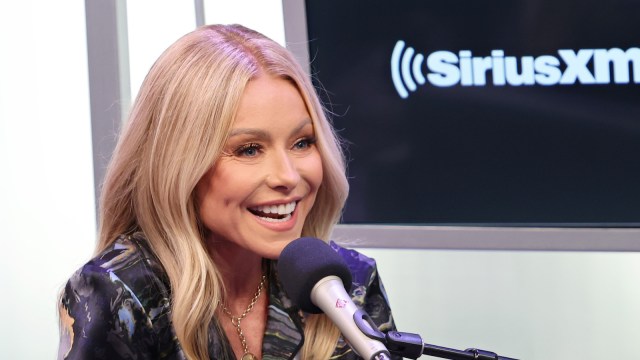 The Live with Kelly and Ryan talk show host appeared on Amanda Hirsch’s Not Skinny But Not Fat podcast to discuss her new memoir, Kelly Ripa’s memoir, and the topic of Kathie Lee Gifford’s reaction came up.

Last week, Gifford reacted to Ripa’s comments about certain aspects of her decade as a co-host with Regis Philbin, whom Gifford previously co-hosted the show with for 15 years. In short, Kelly commented on how she felt forced to have a friendship with Regis and that it was strange to hear him say to the producer on one occasion, “It has an entourage!” while referring to Kelly as “it” as her make-up team was doing their job.

The memoir was released Sept. 27 and, just prior to its release, Ripa had also stated about her early days of co-hosting the show, “It was not a cakewalk. It took years to earn my place there and earn things that are routinely given to the men I worked with, including an office and a computer.”

Kathie Lee publicly stated that she would not read the book because of what Regis means to her, saying, “In all the years I knew him, I never saw him unkind to anyone. I never did. If he liked you, he teased you.” Kathie Lee also noted that it wasn’t easy for her to earn her place as co-host either but she fully understood that she had to earn it.

Ripa has finally responded indirectly to Gifford, saying, “It’s really hard to sell a book. I was not reading any headlines anywhere and suddenly these headlines pop up and there’s all of this attention on my book. So, I am a person that tends to take a negative and turn it into a positive. And so my ultimate comment is: Thank you.”

One can assume that Kathie Lee Gifford’s response will be, “You’re welcome.”