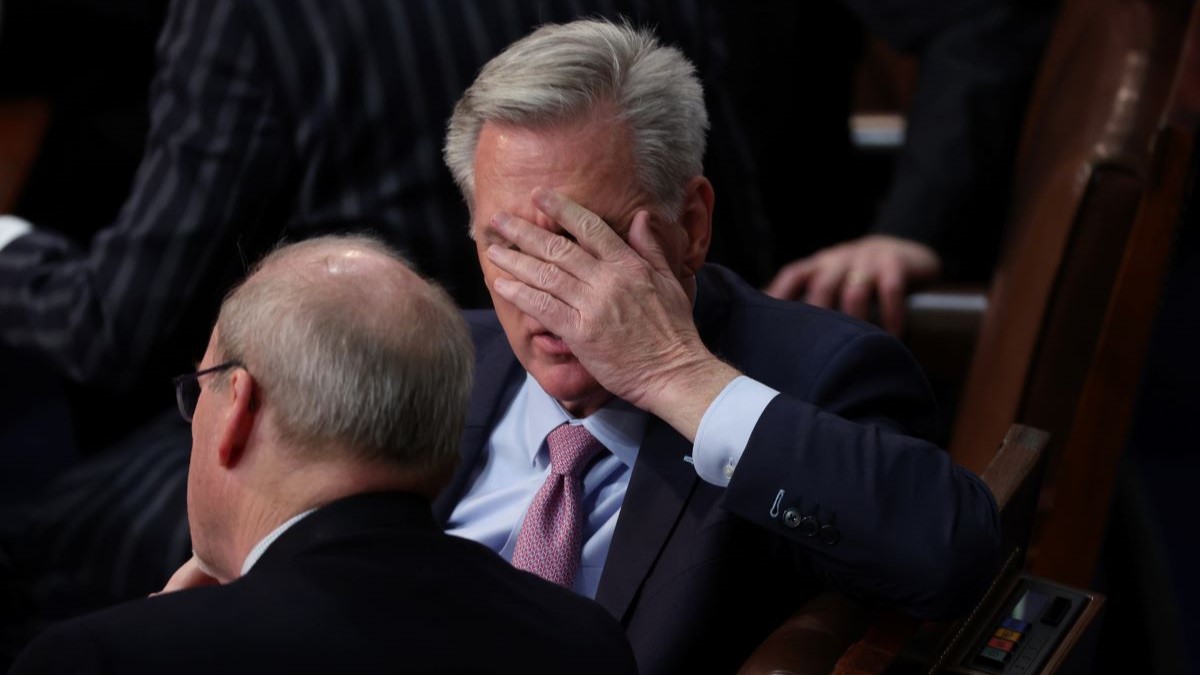 When the Republicans won the majority of the U.S. House of Representatives in November’s elections, Nancy Pelosi found herself without a job and the House scrambling to find a new speaker. Pelosi will continue on as a congresswoman, but the job of speaker is now in the hands of Kevin McCarthy.

It took 15 tries for the House to finally decide on McCarthy, and he was only able to secure the position after making so many concessions to the Republicans that he will now be beholden to them as long as he holds the gavel. His concessions include decentralizing his own power and agreeing to a new rule that makes it easier to oust him. The entire process of choosing a new speaker took days and was so tumultuous that congressmen Matt Gaetz (R-Florida) and Mike Rogers (R-Alabama) almost came to blows on the House floor.

What a way to take the office! Throughout all of this hoopla, more than enough material was gathered for the comedy gold fallout destined to ensue. #KevenMcCarthysWeekendPlans is now trending on Twitter, and it’s impressive how many people have a sense of humor.

He wanted the position so badly, he was willing to give up everything that makes it worth having. Pelosi gets the last laugh on that one. She didn’t have to give up the power of the seat in order just to sit in it.

His weekend plans might include self-punishment, but he has already been punished. If he feels the need to beat himself up more over it, there are several interesting methods he can try.

At least Pelosi knew what she had when she was in office. It’s as if he was handed the golden goose but only to carry around for them as his fellow Republicans make all the decisions and override everything he tries to do.

The jokes can get ruthless. Not only is the elephant riding on his back in one illustration, but now he’s reading a book about how to be a good lap dog.

The jokes will keep coming in for a long time because McCarthy forgot the first rule of rising to power: It’s only any good if you get to keep the power once you get there. This is going to be the longest four years of his life, and these terms are hard to turn back.