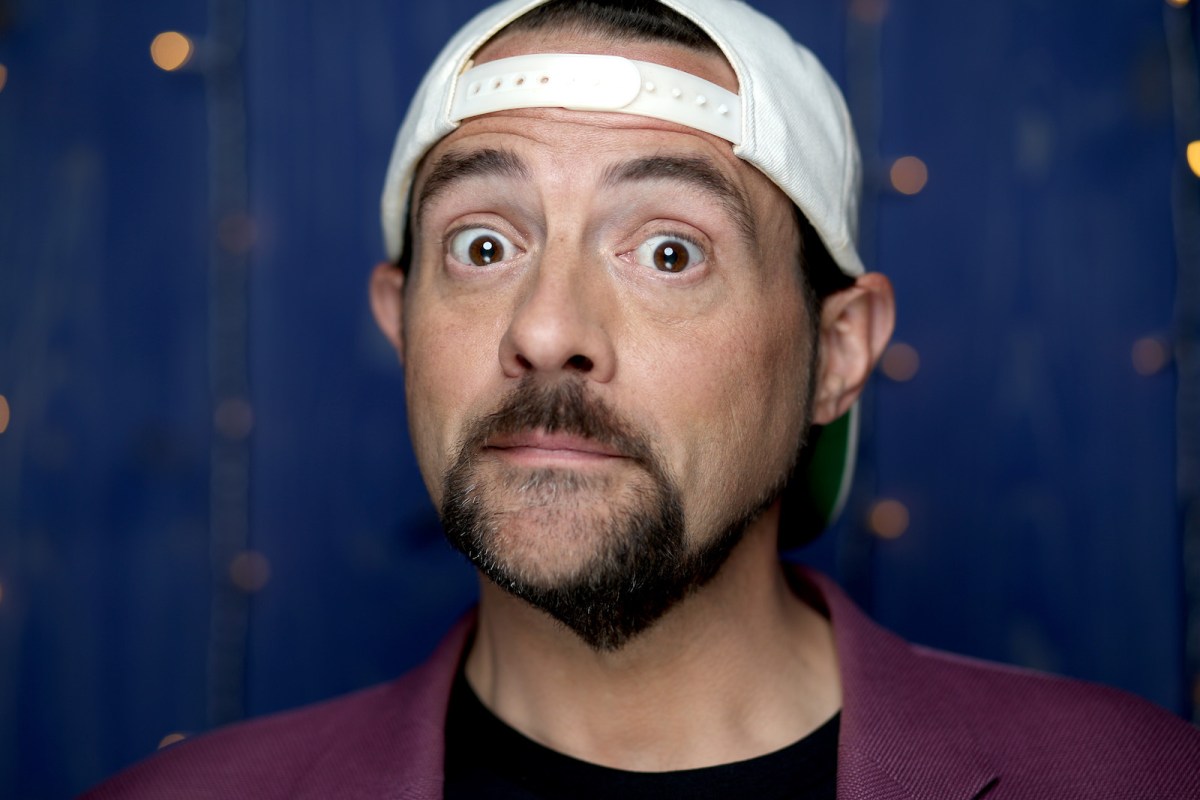 Kevin Smith is, and has always been, a nerd’s nerd. The quintessential fanboy filmmaker, Smith has never been shy about his love for all types of fandom. Whether it’s the latest Marvel movie, a new Star Wars story, or classics like The Adventures of Buckaroo Banzai Across the 8th Dimension — Kevin Smith loves movies, loves making them, and dang if we don’t love him for it.

Know far and wide for his debut feature film Clerks, Smith’s black-and-white story of connivence store clerks chatting movies, fending off customers, and playing hockey, is as much of a cult classic as any movie ever made. Which is why it’s so frikken’ cool when That ’90s Show, the Netflix sequel to That ’70s Show, decides to reference the man himself. Better yet, Smith seems to think it’s pretty darn awesome too.

Referencing Kevin Smith and Clerks in a show all about the 1990s is like having Batman fight crime in the rain; it just makes sense. The best part about this whole ordeal is how sincere Smith is about his mentioning. No matter how famous the guy gets, it seems he is always smitten with the idea that people know his work in the first place. Now that’s our kind of celebrity if we’ve ever seen one, and we’ve sure seen a lot.

Hopefully That ’90s Show can continue to keep the tributes coming, and frankly, we wouldn’t mind a few more mentions of Mr. Kevin Smith. If anyone deserve it, it’s him.

Also, because we wouldn’t be able to sleep tonight if we didn’t say something — if you haven’t seen Buckaroo Banzai, do yourself a huge favor and give it a watch. We won’t even bother explaining it to you. It’s just that crazy.