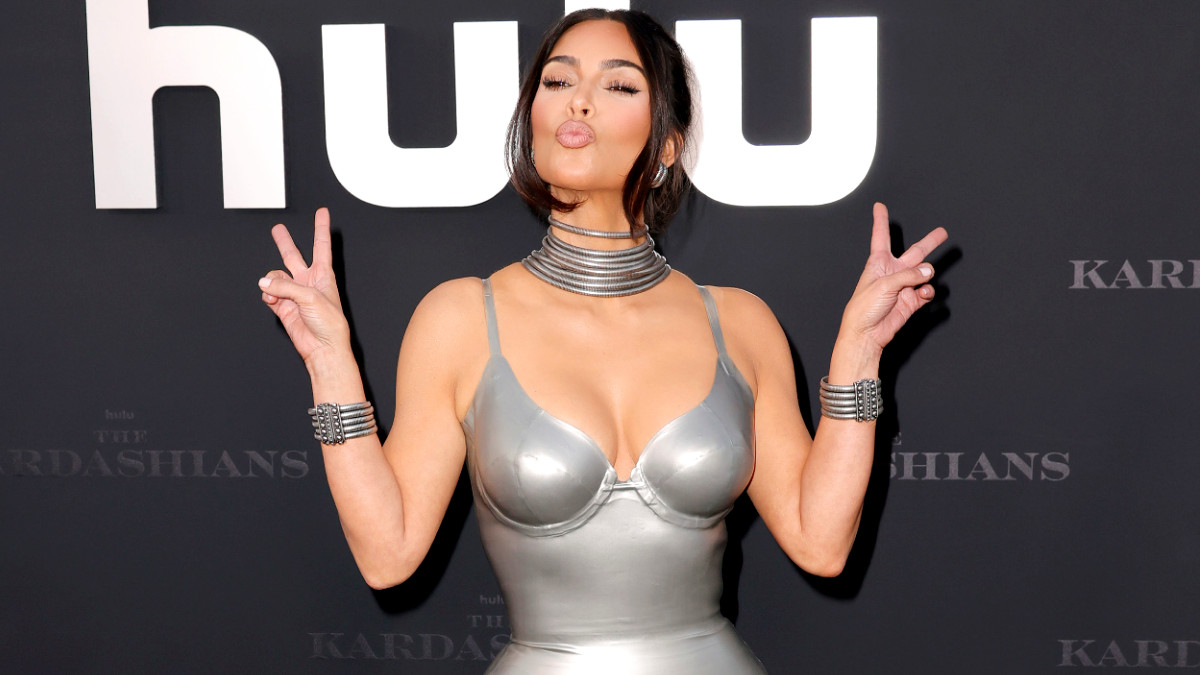 Music producer Damon Thomas, the first husband of Kim Kardashian who eloped with the reality star when she was just 19, is finally speaking out about the couple’s short-lived marriage from 2000 to 2003. More specifically, Thomas takes issue with his ex’s claim that she was allegedly high on ecstasy when the pair wed.

Kardashian made the remarks during a 2018 episode of her E! reality series, Keeping Up with the Kardashians, when her sister Kendall Jenner brought up her wild-child past, telling her that she didn’t know that she had ever gotten high. “I got married on ecstasy,” the 41-year-old admitted, adding, “No, like, the first time.”

“I did ecstasy once, and I got married,” she explained. “I did it again, I made a sex tape. Like, everything bad would happen.”

This was apparently news to Thomas, who shared his side of the story during a YouTube interview this week when asked about the anecdote in question.

“Yeah, I really don’t remember that at all,” he countered. “You know, I’ll say this, in all fairness, I’ll say something about that episode … First of all, let’s talk about Kim. I’m proud of her, I’m proud of her family, I’ve seen Kris … We’re all speaking, when I saw Kris last we were cool, I’ve seen her a couple times.”

“I think it’s unfair to make those kinds of blanket statements because we have kids now, you know I have children, my kid goes to the same school her kid goes to, so imagine him when he has to deal with that,” Thomas continued. “I think she should be more responsible with those statements because there’s a lot more to that subject … and I could go into that and blow up the spot, but I wouldn’t. I’ve been very responsible and not talking about what that marriage was and what it meant to me.”

“Because it happened in the past you can try to sweep it under the rug, but you don’t stay with somebody or be with somebody for four to five years if it’s just based on you getting high off of ecstasy, that doesn’t make any sense at all,” he added.

It’s admirable that Thomas wants to leave things in the past out of respect for their kids, but on the other hand … damn, don’t threaten us with a good time! So far, we have yet to hear from Ray J on whether Kim was indeed high on ecstasy during the filming of their sex tape, as she also mentioned, but perhaps that would be a little less ambiguous given the context.