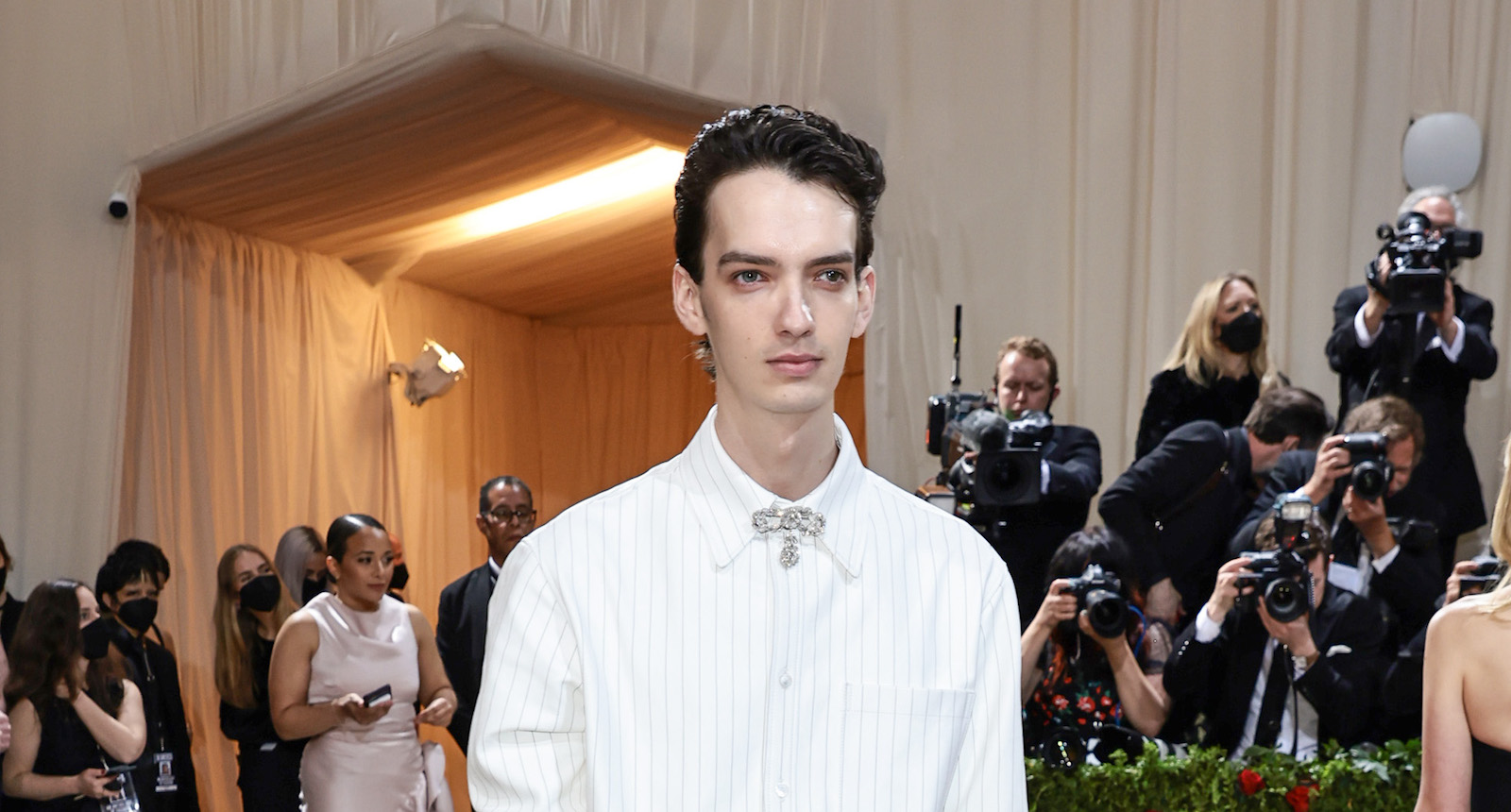 He may not have won a maiden Academy Award the other month for his work on The Power of the Dog, but Kodi Smit-McPhee has decided to stay in character for the 2022 Met Gala.

Dressed in denim jeans, a classical white puffy shirt from Seinfeld, and gloves ready for a prostate examination, Smit-McPhee looks like he’s either about to star in an American Psycho reboot or the biopic about the man who discovered cows have four stomachs.

It’s definitely a look, and feels like he has not moved on from his role in the awards season favorite flick. Whether or not he’s got anthrax is yet to be seen, but that will be a developing story. Or maybe he’s just a big fan of Mr. Krabs from SpongeBob SquarePants?

The theme for this year’s Gala is ‘In America: An Anthology of Fashion’ which comes with a ‘gilded glamour, white tie’ dress code.