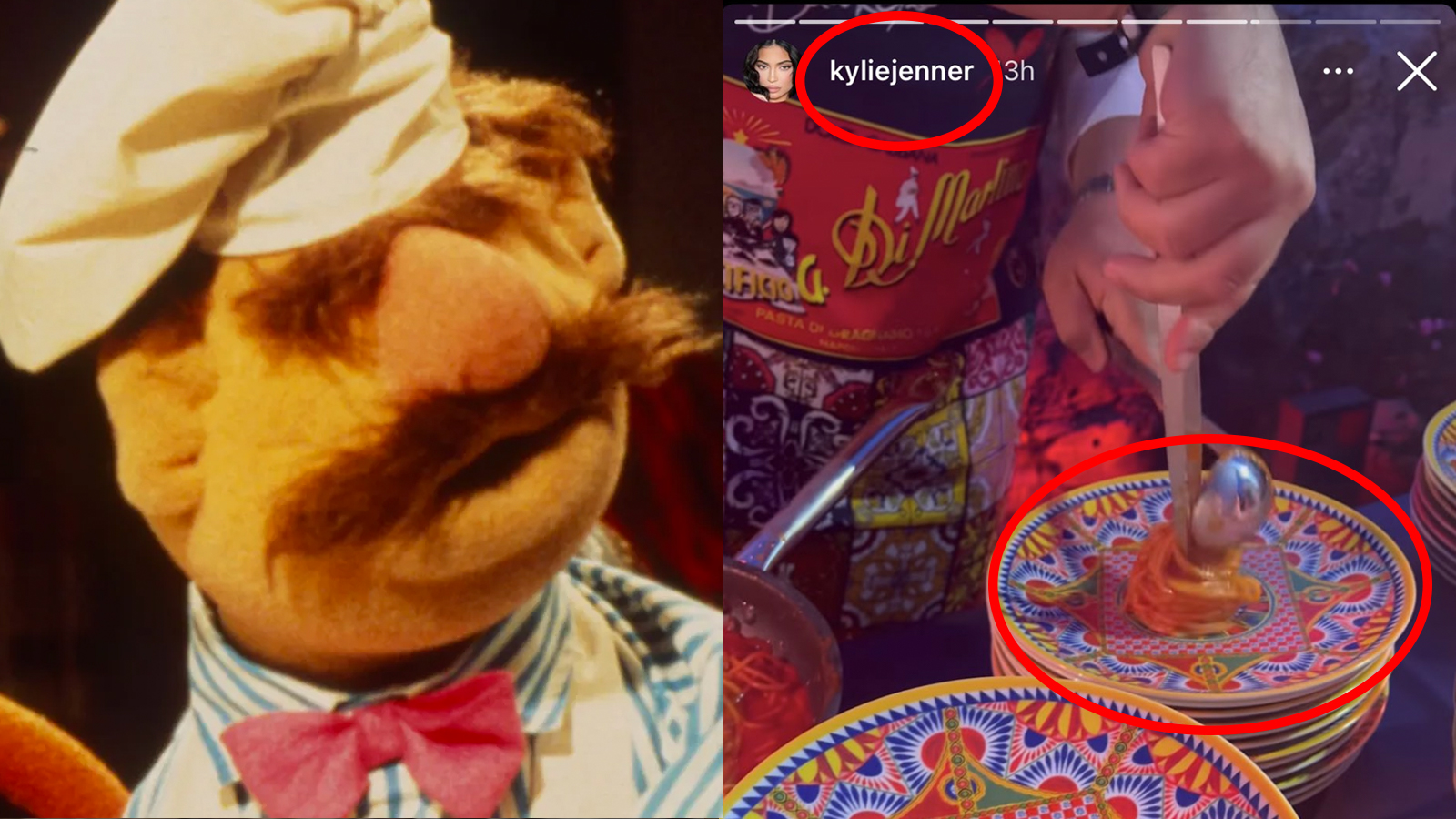 The internet is boiling like a bowl of overcooked spaghetti at the comically small portions of pasta served at Kourtney Kardashian’s and Travis Barker’s wedding. It’s giving twelfth dish in a degustation course.

The 43-year-old socialite got officially hitched to Barker in a lavishly historic castle in Portofino, Italy over the weekend. As Lucille Bluth would say: “good for her”.

Kourtney’s half-sister Kylie Jenner shared a video of the food served at the event. It looked like spaghetti in a beetroot-red-colored sauce. But a droplet of the dish served in the middle of a colourful medium-sized plate. Portion-controlling pasta when in Italy sounds like a crime, NGL.

Food aficionados roasted the Kardashian for the “sad” meal. One user called the piccolo portion “criminal” and “heinous”. Another felt it was “one of the saddest things [she’d] ever seen”.

Another tasty carb expert reminded the Kardashians pasta portions 101: every dish should be as big as your face. For ethical reasons, do not fact-check that.

Several others scoffed at the miniscule portion sizes at the actual wedding when the portions at the rehearsal were bigger.

One user who claims to live in Rome defended the pasta portion. He said pasta isn’t seen as a heavy meal in Italy compared to how it is in other countries. Another then jokingly asked him if the server’s hands were big too.

“Plates are massive. Look at the serving ladle for scale. I live in Rome and pasta portions are generally small here. Pasta is considered a starter not a main in restaurants here.”

Kourtney Kardashian has not yet publicly responded to pastaportiongate. We’ll keep you posted if and when she does.