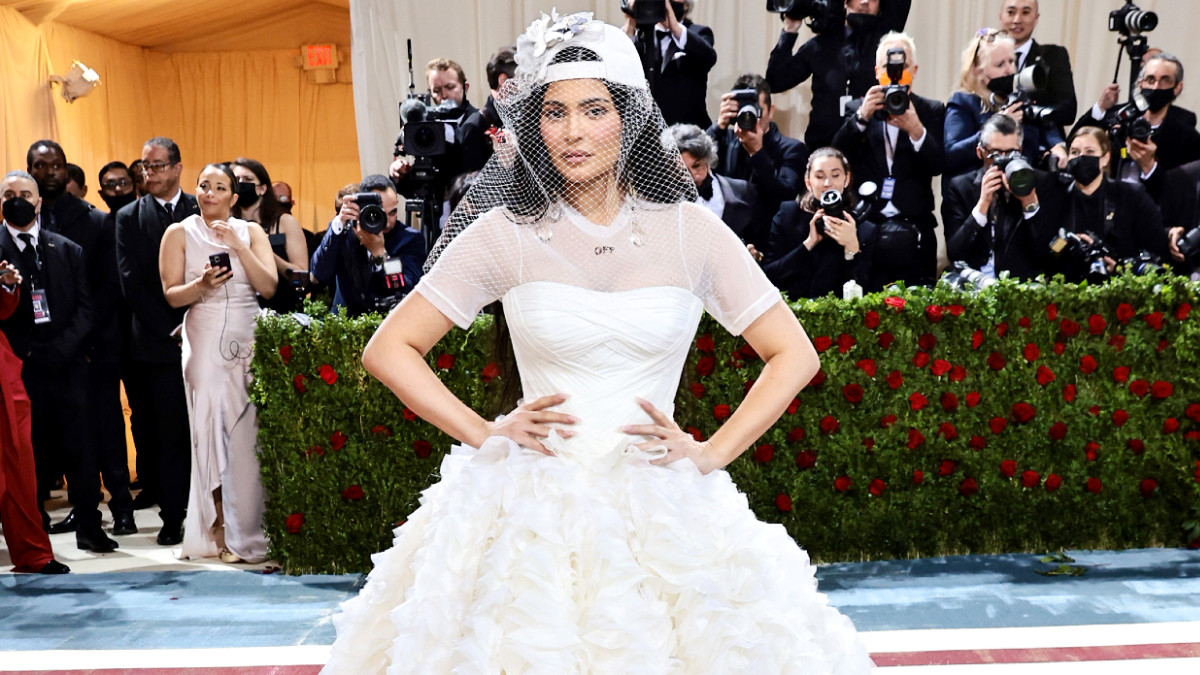 Kylie Jenner, as well as her sisters Kourtney and Khloe Kardashian, attracted nearly as much attention with their 2022 Met Gala looks as Kim did for literally showing up in Marilyn Monroe’s infamous dress during Monday night’s glitzy event. But unfortunately, in the case of the former three, it wasn’t for the reasons they probably would have preferred.

Jenner, in particular, took the brunt of the ridicule for pairing an elaborate wedding dress with a backward white cap attached to a veil — which was an odd choice whether or not you take into account the gala’s theme of “Gilded Glamour.” And considering that the 24-year-old mother of two typically slays red carpet events, even many steadfast fans felt that the choice was a misfire.

However, the baby of the Kardashian-Jenner family later revealed the reason she chose the bridal gown — and it has nothing to do with potential wedding bells in the future with Jenner’s longtime boyfriend Travis Scott, as many incorrectly assumed.

In an Instagram post on Tuesday, Jenner wrote that the dress was to honor the memory of her friend, Louis Vuitton designer Virgil Abloh, who passed away from cancer at age 41 last November. The gown was part of the fashion line Off-White’s Fall 2022 collection, which Abloh founded.

“[Virgil] and I were supposed to go to the Met together before it got postponed in 2020,” Jenner captioned her post. “To celebrate V tonight and his incredible legacy truly means the world to me. I’m humbled to wear this dress and honor my talented beautiful friend.”

“We felt you tonight Virgil and love you forever,” she added.

It’s unclear if the “thinking cap” was originally part of the look, or if Jenner and Off-White teamed to add those creative components specifically for the Met Gala. In either case, it seems like a simple tiara would have better tied her ensemble into the theme of the event — or at least, spared her some grief.