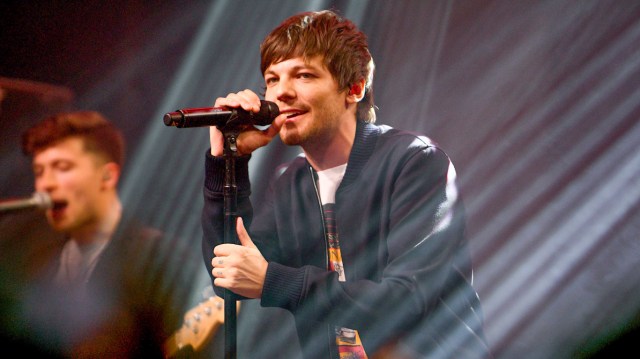 Louis Tomlinson, one of the very popular members of the 2010s boy band One Direction, has finally commented on the rash of fanfiction involving him and Harry Styles and their distinctly fictional romantic lust.

The singer, who has a new solo album on the way called Faith in the Future, said he was initially annoyed by Styles’ success but now he’s happy for the “Watermelon Sugar” singer. He told The Mirror he eventually got over it.

“I’d be lying if I said it [Harry’s success] didn’t bother me at first, only ‘cos I didn’t know where to place myself, and really my only point of reference was other members of the band. It took me a while to work out where I stand but I look on Harry like a brother, man. I have a lot of pride for what he’s doing.”

Something that’s probably not as easy to get over is the proliferation of fanfiction. “‘It’s weird, all that s**t but there’s not much you can do about it,’ the singer said. ‘I’d rather they didn’t, but it is what it is, I won’t be watching.’”

One of the more visible instances of fanfiction aired on the hit HBO show Euphoria, in which Kat, played by Barbie Ferreira, writes about the two having an incredibly intense sexual relationship.

Tomlinson said he wasn’t happy about the scene. He posted on Twitter, saying “I can categorically say that I was not contacted nor did I approve it.” He gave a similar comment to The Guardian.

“I get the cultural intention behind that but I think… It just felt a little bit… No, I’m not going to lie, I was pissedd off. It annoyed me that a big company would get behind it.”

Faith in the Future is set to arrive on Nov. 11.