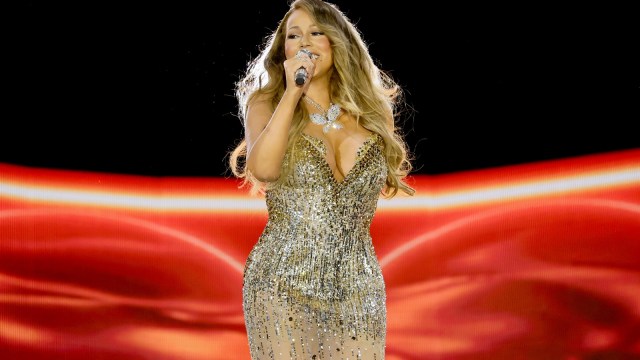 It’s only fitting that the Queen of Christmas indulges in some other forms of royalty, and Mariah Carey recently enjoyed a special screening of season five of Netflix’s The Crown.

In a Twitter post by the five-octave singer, she’s shown lounging around in one of her many sparkly evening gowns, donning a shiny tiara while sipping on some tea as the episode plays on a screen. Sat right next to her is her famous dog, Jack. She also appreciated Netflix for featuring her Billboard chart topping single “Emotions” in the episode.

Carey has always been vocal about her love for the acclaimed period drama, often shouting it out on social media. In 2020, she received a complimentary gift box ahead of the premiere of the fourth season.

The Crown has been a huge hit for the streaming giant since its debut in 2016. While reviews for the latest season have not been as positive as its predecessors, they are still favorable. It is also the first run of episodes to be released after the deaths of Prince Philip and Queen Elizabeth II.

All episodes of season five premiered on Netflix on Nov. 9, just in time for the Queen of Christmas to binge through before fully immersing herself in the holiday spirit.