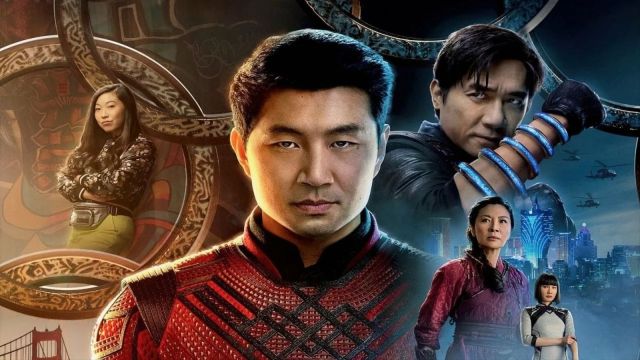 It might take a while for some people to accept that the Avengers in Phase Four will be completely different. So there is no harm in reminding people that the lineup will change, especially when Phase six begins. However, it seems like Marvel star Simu Liu (and some fans) need a reminder as they may have forgotten that Liu’s character, Shang-Chi, is an Avenger.

Liu posted a photo on Twitter of Jonathan Majors during the shooting of Creed III. Majors was cast as Kang and made his MCU debut in the season 1 finale of Loki. Seemingly commenting on Majors’ ipressive physique, Liu posted a photo with the caption “bro the Avengers are straight up effed,” hinting that Earth’s mightiest heroes won’t stand a chance against Kang the Conqueror.

But here’s the thing, Shang-Chi is or will be an Avenger. He was summoned by Wong and spoke to Bruce Banner and Captain Marvel during the end credits scene of Shang-Chi and the Legends of the Ten Rings. Banner told Shang-Chi that he’s now involved, implying his status as an honorary Avenger. Fans began to remind the actor that his character will likely be facing Majors in the future.

bestie idk how to tell u this but ur about to be an avenger too pic.twitter.com/rz8YXJGye8

Fans also poked fun at the idea of Shang-Chi realizing that he will be part of this superhero team and will have to face Kang and his “many variants” in the future.

Shang Chi when he realizes he’s apart of avengers and they tell him they’re fighting kang the conqueror pic.twitter.com/REau98WDzW

He really meant it when he said “wait till you see my variants.” pic.twitter.com/3i8cibN7Kk

You when you realize you’re an Avenger: pic.twitter.com/iawQmKuoAg

Avengers: The Kang Dynasty and Secret Wars are the final two movies to close Phase Six in the MCU. The two films will be slightly based on the original comics, where our Marvel superheroes will have to save the multiverse from an incursion. While Shang-Chi isn’t an official Avenger just yet, Wong told the superhero that there is “no turning back” from the trajectory his life is heading towards.

Shang-Chi and the Legend of the Ten Rings are now available to stream on Disney Plus.